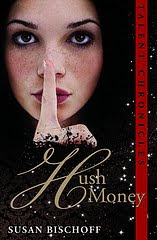 If you could have one talent, what would you chose? Super vision, total recall memory, the ability to read as quickly as Star Trek’s Data? Susan Bischoff’s debut novella Hush Money explores a world where talents are inherited, not chosen, and must be hidden at all costs. Unless you want to be sent to a government run State School? As protagonist Joss might ask...

The characters’ voices ring through loud and clear and the story’s heroine is strong without making the male protagonist seem wimpy in comparison. There’s definitely something to be said for reading outside your comfort zone; I don’t normally read paranormals but was drawn into Joss and Dylan’s world from the first page. Hush Money is a fast-paced tale with a fantasy element that's both consistent and believable, and a romance that's sweet and realistic, especially when... ah, you'll have to read it yourself!

The ending echoes Scott Westerfeld’s Uglies in that it both wraps up the main plot yet leaves the door open for further adventures. Readers will eagerly anticipate Susan Bischoff’s next book in the Talent Chronicles, tentatively entitled Heroes 'Til Curfew. Look for her books here.

ahoo! Thanks to Zoe for the Lovely Blog Award! 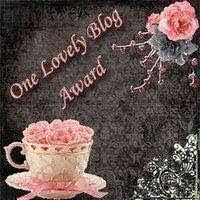 Deniz Bevan said…
I know how you feel Susan - I was going to take the night off and read but the pull of the blogosphere was rather strong...
17 September 2010 at 20:52