If slow and steady wins the race, I might have something tangible by the end of this round. I started with 25 scenes to fill in and I've done close to 10 of them already. I hope I don't cringe when I come to type them up. I do still love the story and the characters, and that's always been my benchmark for whether an MS is worth sticking with.

But look at all the scribbled paper edits I have to deal with once I've typed up the missing scenes: 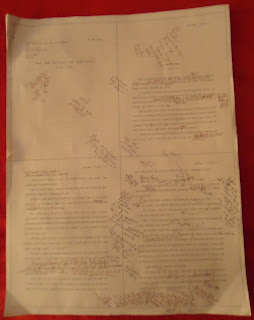 A few blurry shots of the worst messes: 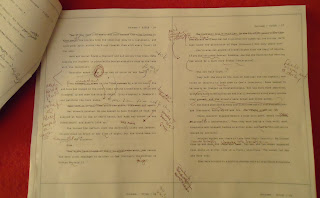 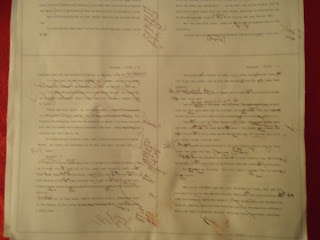 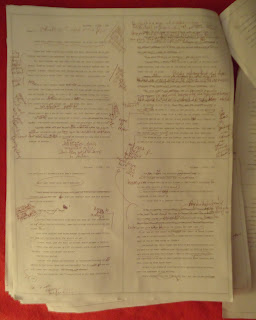 Frodo gets in on the act: 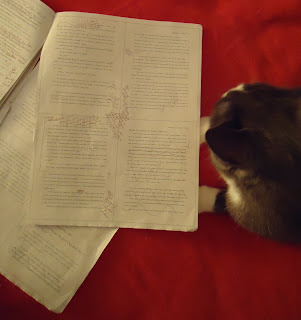 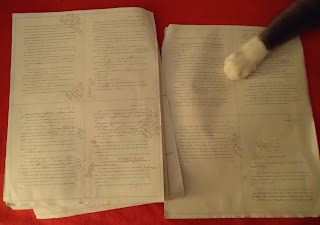 Helen MacInnes' books are coming back into print!
I really hope they reprint and publicise Friends and Lovers. 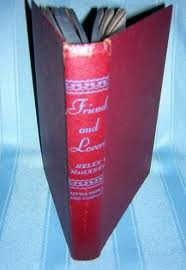 I picked up this novel at a book fair or secondhand bookstore years and years ago and fell in love with it - with the story, with the characters - on the first page. None of the handful of other MacInnes books I've read have had that same effect. Every few years I reread Friends and Lovers with a shivering sense of delight.


Firelight by Kristen Callihan is out now! 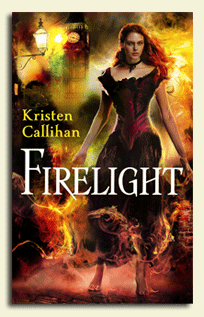 Once the flames are ignited...
Miranda Ellis is a woman tormented. Plagued since birth by a strange and powerful gift, she has spent her entire life struggling to control her exceptional abilities. Yet one innocent but irreversible mistake has left her family's fortune decimated and forced her to wed London's most nefarious nobleman.

They will burn for eternity...
Lord Benjamin Archer is no ordinary man. Doomed to hide his disfigured face behind masks, Archer knows it's selfish to take Miranda as his bride. Yet he can't help being drawn to the flame-haired beauty whose touch sparks a passion he hasn't felt in a lifetime. When Archer is accused of a series of gruesome murders, he gives in to the beastly nature he has fought so hard to hide from the world. But the curse that haunts him cannot be denied. Now, to save his soul, Miranda will enter a world of dark magic and darker intrigue. For only she can see the man hiding behind the mask.

Kristen's agent shared some of the rejections Firelight received before an editor finally snapped it up. And now look!

"Callihan has a great talent for sexual tension and jaw-dropping plots that weave together brilliantly in the end." Diana Gabaldon, New York Times bestselling author of Outlander

"Debut author Callihan pens a compelling Victorian paranormal with heart and soul... Readers will cheer for the couple, especially when the obstacles piled in their paths appear unsurmountable. The compulsively readable tale will leave this new author's fans eager for her next book." Publishers Weekly, Starred Review

Zan Marie said…
Oh, yes! FIRELIGHT is wonderful. I finished yesterday and I'm still thinking of all the intricacy of the plot. ; )
5 February 2012 at 10:19

DL Hammons said…
The process you use isn't that dissimilar from my own method. Do you have problems reading your own notes sometimes too? :)
5 February 2012 at 12:08

S.P. Bowers said…
I haven't read Friends and Lovers. Have you read her book While Still We Live? That the the book that did it for me. I'll have to try this one though.
5 February 2012 at 13:20

Some of my notes make no sense--some of them I use to flat out laugh at myself. "Really?? Come on now!" etc. [g]

I don't usually, DL, but lately I've done a few edits in the car, and boy does my handwriting get messy then!

Anonymous said…
Oh my! Those edit pics will give me nightmares! One of my goals it to bust through the mental block I have on editing a work that is currently 125K words and probably needs to be about 80k. Seeing all those marked pages made me shudder!
5 February 2012 at 20:42

Deniz Bevan said…
I had fun bringing down the word count on my last novel, rant. So much fun to slash out the useless scenes!
5 February 2012 at 21:04

Liz Fichera said…
I'm needing an escape at the moment. FIRELIGHT sounds like it could fit the bill. :) P.S. Love the photo where the kitty has the paw on the page.
6 February 2012 at 09:06

Deniz Bevan said…
Aww, sorry, Missed. I might have considered it, but he really really hates being in the car :-)

T.D. McFrost said…
Thanks for stopping by Deniz Bevan. I love your name and pretty much everything else about you. :D
7 February 2012 at 11:07

Deniz Bevan said…
We've got Frodo and Sam. I was all, 'let's find some really obscure names from Tolkien stories no one knows about.' And then along came Frodo [g]
7 February 2012 at 15:30

Susan Fields said…
Good luck with those edits! I keep a file of things I want to go back and fix when I finish a draft. Right now my file is five pages long, and some of those edits may only take a line of notes but will take days to fix. Good thing I like editing!
7 February 2012 at 18:19