. has given us an award!


A-to-Z Challenge Co-Host M.J. Joachim has awarded all A to Z Challenge Minions, Assistants, and Helpers with the Dragon's Loyalty Award! 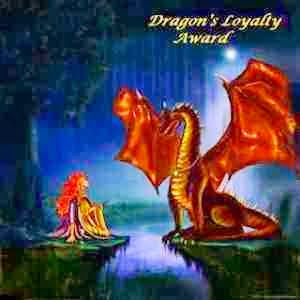 1. Display the award and thank the person that nominated you. Thank you, M. J.!

2. Present this award to 15 other bloggers, making sure to link to their blogs, and visit them to let them know you're sharing the award with them. I'm going to fudge this a bit and link to my last week's post below, where I featured all sorts of intriguing bloggers to visit - each one of them gets this award! And so do all the commenters! And Nicole!, who was kind enough to let her minions know about the award.

3. Write seven interesting things about yourself in your blog post when you accept the award. The last time I shared seven random facts, I noted that: "I can knit but I haven't made socks yet. Even Jamie and Ian [from Outlander] can make socks!"

Not only have I knit socks since then, I've even made a pair of kilt hose!

Let's see if I can think of seven new things...

1. I think the best pizza is at Talk of the Town in Glens Falls, NY

2. For a while now I've been volunteering with the Alfred Russel Wallace Correspondence Project

3. In March I'll be participating in the Self Lovin' Blog Hop hosted by Tara! Come join us and tell us all about something that you're good at.

4. I love Twitter. Recently discovered this blog post by Dorky Mum explaining why Twitter is awesome. It's basically an extra room in your house with an ongoing party that you're always invited to.

5. I've only ever played golf once (but I'd like to go again!). I've never gone downhill skiing. I've never jumped off a diving board.

6. Another "only once": I've only ever once gambled at a casino. I lost ten dollars and stopped there. I was more upset by the fact that some stranger wouldn't get off the Wheel of Fortune slot machine I wanted to try!

7. I have this photo saved on my desktop with the title "DO THIS": 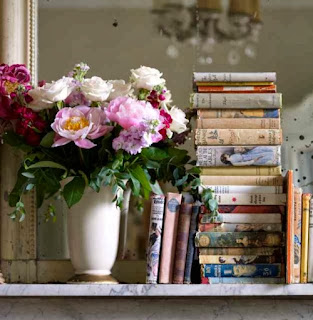 Brief ROW80 update - I've chosen which Canadian literary magazine I'd like to submit my vignette to: The Fiddlehead. Apparently their turnaround time for submissions is three to nine months! I do hope I hear back sooner rather than later, because of course if it's rejected, I'd like to continue submitting elsewhere.

What's the longest you've ever waited to hear from a publisher/magazine/agent?

Have you received any interesting awards lately?

Hope everyone's going to be doing A to Z!

Alex J. Cavanaugh said…
Congratulations!
I've never been skiing either.
And signed up for Tara's blogfest.
26 February 2014 at 15:44

dolorah said…
I waited 8 months for a response on a short story. I didn't know I was waiting though, as their turn around time was 3 months. The publisher said the story had created "controversial discussion" among the readers and they wanted to know if I would be willing to edit a few specific segments and let them re-read it. That was my first accepted story.

Neurotic Workaholic said…
I love Twitter too, and I like your description of how it's like a party that you're always invited to. I don't usually like parties, but I like Twitter's version, especially since it means I don't have to wear nice clothes or make small talk. :)
27 February 2014 at 00:50

Shah Wharton said…
I'm not god at Twitter. It's overwhelming. I'm clearly not doing it right :( Congrats on your blog award! :)

Jack said…
I think that is the best award I've seen. Dragons are cool.

I tried to email you, but I guess I don't have it like I thought I did. But, the Real Mermaids book, you said I was the winner of - which is VERY exciting! - do you need my address or my email address? (My email is jacklewisbaillot@gmail.com)
27 February 2014 at 12:49

S.P. Bowers said…
I've been skiing, never gambled though. Not even a penny. I can't knit socks. I've crocheted baby booties a few times but they never turned out well.
28 February 2014 at 06:53

Delighted you received the Dragon type award from the adorable M.J.

I've been downhill skiing. Felt a bit weird as it felt like I was wearing size 83 shoes.

Being the. "Official anti-A to Z spokesman", as so kindly awarded by Arlee Bird, you might figure out that there is no way I would ever do the darned thing! :)

Have a nice weekend,

I think the longest I waited was 6 months. And then of course there were submissions I just never heard back from.

Hilary Melton-Butcher said…
Hi Deniz - good luck with the wait! I too hope it's not too long .. I can't knit and cannot wear wool .. so that solves that problem.

Been skiing and wasn't too good at it, diving in off a board again not a happy experience ... oh and I played golf on and off .. as to gambling I steer clear!

I love photo of the flowers and the books - that is lovely ..

Deniz Bevan said…
Thanks for coming by everyone!