But first, if you missed Misha Gerrick's blog tour stop here last week, please drop by! She's got some fascinating facts about spectacles and tea in history.

Zan Marie's great at these mini book reviews. I find them a relief when I'd like to showcase a book (or have volunteered to do so) but for various reasons can't go on at length. 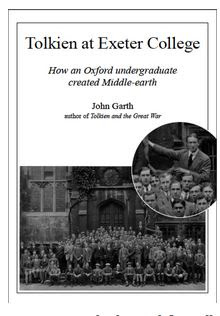 Published as a monograph with the help of Exeter College, this new text on Tolkien's undergraduate studies includes previously unseen pictures by and of Tolkien.

Vividly told, and despite its short length gives enough detail to ground the reader in the language and customs of the time. A great introduction for those looking to read biographies other than Carpenter's and move on from this monograph to Garth's longer work about Tolkien in World War I. There are some story possibilities surrounding one acquaintance of Tolkien's who was lost on a battlefield during the War... 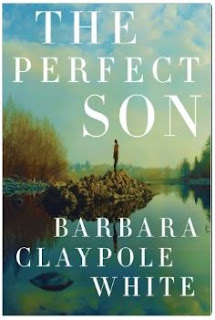 "A mother fighting for life, a father demanding perfection, and a son struggling with chaos...
From a distance, Felix Fitzwilliam, the son of an old English family, is a good husband and father. But, obsessed with order and routine, he’s a prisoner to perfection. Disengaged from the emotional life of his North Carolina family, Felix has let his wife, Ella, deal with their special-needs son by herself.
A talented jewelry designer turned full-time mother, Ella is the family rock...until her heart attack shatters their carefully structured existence. Now Harry, a gifted teen grappling with the chaos of Tourette syndrome, confronts a world outside his parents’ control, one that tests his desire for independence.
As Harry searches for his future, and Ella adapts to the limits of her failing health, Felix struggles with his past and present roles. To prevent the family from being ripped apart, they must each bend with the inevitability of change and reinforce the ties that bind."


I read this one for the One Book One Facebook book club, and am very glad I did!

The characters are each intriguing in their own way, and even more compelling was watching (as it were) my own reactions to each character as I learned more about them, through what they revealed in their thoughts and - very gradually - to each other.

Death of a Century: A Novel of the Lost Generation by Daniel Robinson 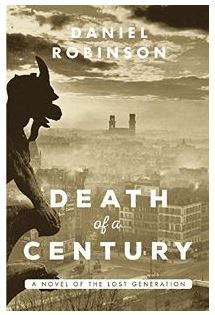 "Set in 1922, Robinson's atmospheric tale of betrayal and revenge paints a passionate picture of the Lost Generation.
[When] reporter Joe Henry pays a call one night on old army buddy and newspaper colleague Wynton Gresham [he] finds Gresham lying dead on his sofa with two bullet holes in his chest. The sheriff who arrives soon after regards Joe as a suspect, but allows him to go home. Later, in Gresham's office desk, Joe discovers a first-class ticket on a Cunard liner leaving for Cherbourg the following day.
Posing as Gresham, Joe uses the ticket to sail to France, where he hopes to find his friend's killer and clear his own name. Joe's reflections on his time in the war and the atrocities he witnessed slow the narrative, but [Robinson] does a fine job of bringing Hemingway's Paris to life" (Publisher's Weekly)

Oddly enough, the parts about Joe's reflections on the War weren't the parts that I found slow. I've said it before, that I'm drawn to novels and poems of World War I and World War II, as the heroism in each individual really shone through in that time. Robinson's novel is no different; his scenes where former soldiers talk (or avoid talking) of the war are quite affecting (though some of the language struck me as anachronistic).

There's simply a general slowness in the narrative, especially in those parts where Joe is rising, dressing, preparing to leave his cabin or hotel room. It might have been possible to shorten the front matter (i.e. everything that happens before he boards the liner to France) and let the Paris scenes stand out. The mystery at the core of the novel is intriguing, especially for those studying more of the history of the War.

Special mention to the scene in Shakespeare and Company which, by coincidence, I visited this month! 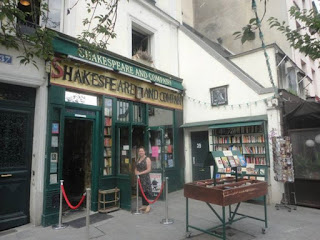 The Secret Sister by Brenda Novak 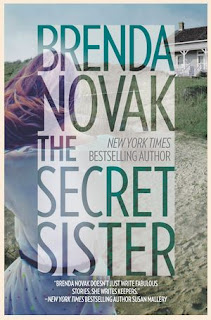 "Did she once have a sister? Has her mother lied all these years? Why?
After a painful divorce, Maisey Lazarow returns to Fairham, the small island off the South Carolina coast where she grew up. She goes there to heal -- and to help her brother, Keith, a deeply troubled man who's asked her to come home. But she refuses to stay in the family house because the last person she wants to see is the wealthy, controlling mother she escaped years ago. Instead, she finds herself living next door to someone else she'd prefer to avoid -- Rafe Romero, the wild, reckless boy to whom she lost her virginity at sixteen. He's back on the island, and to her surprise, he's raising a young daughter alone. Maisey’s still attracted to him, but her heart's too broken to risk...
Then something even more disturbing happens. She discovers a box of photographs that evoke distant memories of a little girl, a child Keith remembers, too. Maisey believes the girl must've been their sister, but their mother claims there was no sister.
She's convinced that child existed. So where is she now?"

There's still a month of summer left to go and I'd recommend this as a beach read!

The characters are really well drawn and, given their interpersonal battles, there are no easy answers to some of their struggles. The romance is both sweet and passionate. Come to think of it, this one would also make a good read for a book club, as there are many nuances of parenting and of sibling relationships that could lead to great discussions.

When I first picked up the book I wondered how something as simple as a handful of photographs could lead to an involved search -- it was intriguing to follow Maisey on her journey, especially through the tense moments, when I wondered not only what she might uncover, but feared for her safety.


Brief ROW80 check in - the writing's going well! Though now that I've sort of met my CampNaNoWriMo goal (more on this next week), I've dropped off a bit. I love having the freedom to revise my goals during ROW80. The project for the next little while is to return to typing up that last notebook of drafts for Larksong!


Do you revise your goals often?>br?
Which books have you reviewed recently?

Hilary Melton-Butcher said…
Hi Deniz - great selection of books .. the Tolkein one looks so interesting; while the Death of a Century - fascinating follow around, and those days were slower. Good to have info on the other two reads too ...

S.P. Bowers said…
Snort. To revisit goals I'd have to have goals. Right now the only goal is to survive. Though I do try to keep up with queries. Two fulls out, two queries out, time to send out one or two more. I might get a few words here or there but the writing is really suffering.

Misha Gerrick said…
Very interesting books. I'm intrigued by most of them. :-)

I review my goals pretty much every day, when I'm picking what I want to get done.

They are four very interesting/intriguing books... so thanks for taking the time to share them with us :)

Deniz Bevan said…
Glad you all found them interesting!