First, though, I just discovered something that might be useful as inspiration for writers and artists:

NASA is giving away free posters!

"Imagination is our window into the future. At NASA/JPL we strive to be bold in advancing the edge of possibility so that someday, with the help of new generations of innovators and explorers, these visions of the future can become a reality. As you look through these images of imaginative travel destinations, remember that you can be an architect of the future. Click on any of the thumbnails below to learn more and download a free poster sized image."

The one of Earth is especially poignant 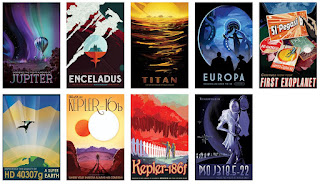 I love the Titan image
Here's the description: "Frigid and alien, yet similar to our own planet billions of years ago, Saturn's largest moon, Titan, has a thick atmosphere, organic-rich chemistry and a surface shaped by rivers and lakes of liquid ethane and methane. Cold winds sculpt vast regions of hydrocarbon-rich dunes. There may even be cryovolcanoes of cold liquid water. NASA's Cassini orbiter was designed to peer through Titan's perpetual haze and unravel the mysteries of this planet-like moon." 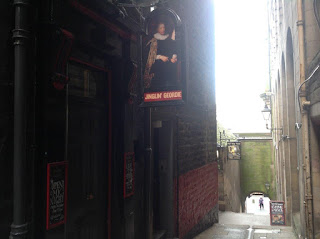 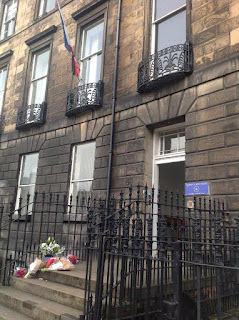 Flowers the French Embassy, the day after the terrorist attacks 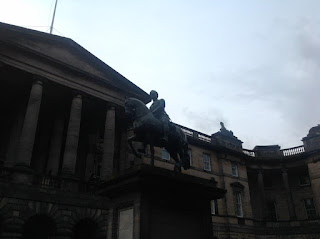 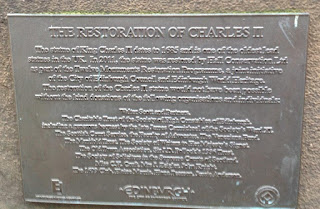 The oldest statue of Charles II 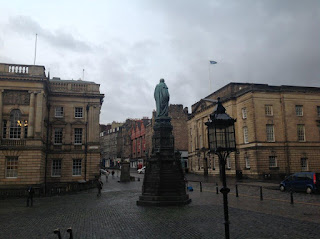 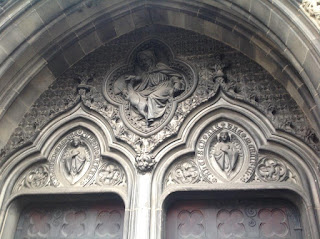 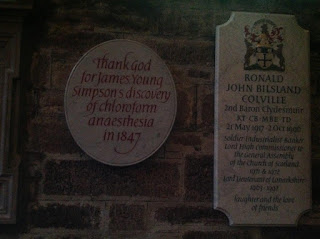 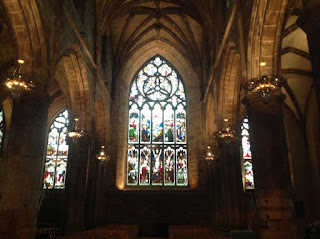 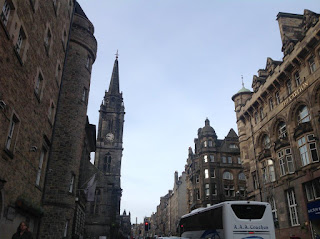 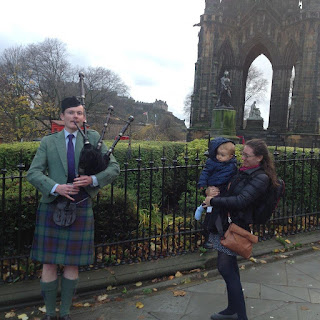 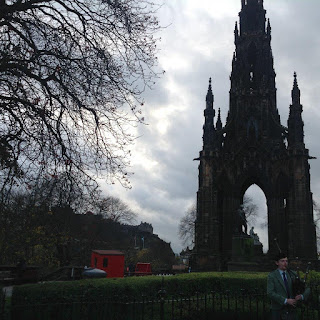 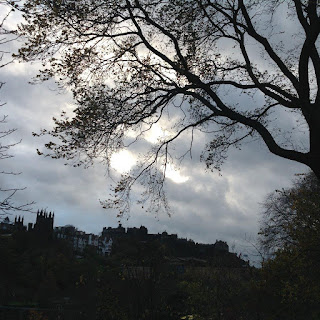 We took a two-day trip from Edinburgh down to the Midlands, and visited a couple of sites: 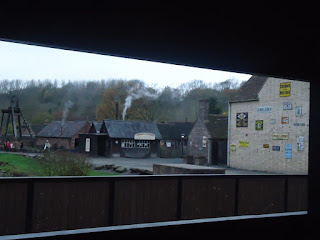 Blists Hill, a recreation of a Victorian town 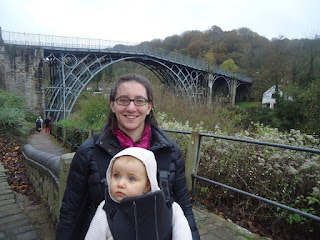 Ironbridge, the first arch bridge in the world to be made of cast iron, across the River Severn in Shropshire (1781)

My ROW80 goal, to Read All the Unread Books in the House, got derailed last weekend because we had a weekend away (in Venice! My first time in Italy! Photos to come), and now I'm trying to incorporate some editing back into my days. I think the simplest way to ease myself into it will be to type up my NaNo 2014 story, fixing as much as I can while I type. I probably left the ending unwritten as well!


Which of the NASA posters do you find inspiring?
Is there a story or other creative piece you've returned to after a long absence?

sage said…
I like the "earth oasis" one and the Titan poster. I wish the Europa one was more appealing (maybe it could be paired with Santana playing Europa, one of my favorites Santana tunes).

Jenny Maloney said…
I just have to say that your "Read all the unread books in the house" goal is an admirable and crazy thing. :-)

S.P. Bowers said…
Free NASA posters! I'm so excited I skipped the rest of the post. Yes, I'll go back and read it, I just had to say thanks for that link!

Shan Jeniah Burton said…
I love them all! Yup, every one. I don't have house enough, but - oh! I can fantasize, can't I?

Love you photos, especially the silhouetted cathedral against the sky. Since I don't think I could read all the unread books in this house in five years, I'm amazed at that goal!
17 February 2016 at 17:38

Unknown said…
I love the Venus one. And Ceres. Actually I like quite a few of them!

Your pictures are great and make me want to visit Edinburgh even more. Can't wait to see the pics from Italy, too! (Another place I want to go someday!) Good luck on your ROW80 goal(s)!
18 February 2016 at 10:04

Neurotic Workaholic said…
You're so lucky to get to travel to such beautiful places, and I look forward to your Venice pictures too (I've always wanted to go there). I must admit that it's been a long time since I've sat down and worked on my fiction writing, because I've been so busy with my two jobs; someday soon, though, I will recommit myself to my writing.
18 February 2016 at 14:50

Hilary Melton-Butcher said…
Hi Deniz - love the way Emily is looking at the bagpiper .. and despite the weather you saw lots in and around Edinburgh; the the Iron Bridge and Victorian Village - I've never been to either .. one day.

Your Venice trip sounds just lovely - an enticing call .. I've never been there either!

I've now read Jamaica Inn - and can see the correlation to Altarnun and can see Five Lanes ... interesting how now - having been there I can visualise the Moors etc and understand the setting much better. The rest of the books in the flat - am I allowed donkeys years?

I've almost done my west country journey and then ... other things can creep in ..

Just been learning about Planet 9, and Gravitational Waves this morning - we were meant to be in the Lake District doing geography .. but Brian gave us some good talks on the other two subjects!

Carol Riggs said…
I just love the COLORS on the Jupiter one--my fave colors! Gorgeous. "Cryovolcanoes"--what a cool term; hadn't ever heard of that. Fun to see your photos of Edinburgh too! It looks like so much fun. :) (YAY for kilts and bagpipes!!!) Good luck with your editing and reading plans!
23 February 2016 at 18:45

So glad you're all excited by the posters. It's interesting to see which ones appeal to others!

I keep telling myself that all it takes is 15 minutes a day, Neurotic... And somehow I manage it during NaNo, I suppose because new stories are always inspiring. It's the editing I procrastinate on. Travelling has been lots easier now that we're in Europe, because you can go places on weekends! Distances are so much shorter.

Hilary that Victorian village is Blists Hill, up in Shropshire. It's a great place to spend a morning in, going in and out of the shops and various tradespeople's areas...