Mini Reviews of McKenzie and Nolan, and 100th Anniversary of Hercule Poirot

I finally checked to see when Amazon might be sending my copy of the latest Louise Penny, A Great Reckoning, and it's not till this Friday! I've been kind of at a loose end with my reading because of that, not wanting to start anything else that's going to take over my life in the way that such books do.

Which is why I've been rereading lots of Agatha Christie. I'm not sure if she gets enough credit for her characterisation -- she really achieves so much with just a few quick turns of phrase. And Tommy and Tuppence are brilliant. I still haven't seen the latest BBC version of their adventures, Partners in Crime (featuring David Walliams and Jessica Raine) -- goodness, I just looked up the show site and realised that Major Carter is played by James Fleet, none other than Hugo Horton on The Vicar of Dibley. And, of course, he's the Reverend Wakefield in the screen version of Outlander! -- but now that I've been rereading, I'd like to catch up.

As for ROW80 goals, I've started on the secret knitting project! Secret because it's a group project for a friend, and I'm not running any risks by blabbing about it yet... I've also ordered wool for another project, a fox scarf, that will be a gift. Here's what it ought to look like when completed: 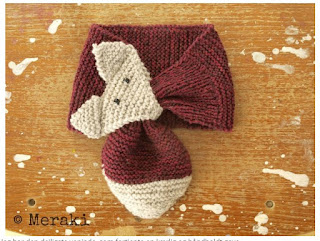 Round 3 of ROW80 is winding down, and for round 4, I hope to tack on another goal -- sorting through story ideas to select one for this year's NaNoWriMo!


I've got four mini reviews today! (Mini reviews are an idea I got from ZanMarie, who had some intriguing books in her last mini-reviews post!) 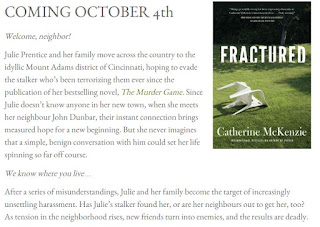 Each character in this book could be an unreliable narrator in their own right -- the reader's never completely certain about their motives or whether they're hiding something. Yet each is empathetic in his or her own way -- John and Julie let their guards down once, and of course that's the one time someone else observes them. They doubt themselves, they question their own actions, but they're still trying to do the right thing. As are each of their neighbours, for their own reasons. And yet -- they clash. I always find it intriguing that people (not just in books) can be true to their own desires, not want to hurt others, yet succeed in doing just that. This story explores the extremes of that idea, and of how small actions, even those recanted or regretted, can lead to an ultimately terrible consequence.

Love the first question in the reading guide, too, as it captures the suspense and trepidation: "Fractured begins with John at his front window, spying on the house across the street. What is it about living in close proximity to someone else that gives people the need to know what is going on in their lives? Have you ever been 'caught looking'?"

Taking it one step further, the novel written by the protagonist of Fractured also explores the idea of how far innocence may be stretched. A murder has been committed. Yet the victim himself was a criminal, a predator. Can a case be made for individual justice?

McKenzie has a great way of making the settings of her books seem real, not just in terms of description, but on a human level. I always feel like if I walked into the town, I'd know where to go for coffee, where the attractive neighbourhoods are (love looking at older architecture!), where the river or other waterfront is. The Murder Game not only has all that, but it's set in Montreal, and I recognise every building, restaurant, bar, and Metro station -- it's exciting to think that other people reading this book might be intrigued by the depictions, and want to visit Montreal for themselves.

Parts of the book also flash back to the 1990s. I suppose more books will start being written in that time now (incidentally, author Kevin Brennan has just written a piece for another blog all about 90s nostalgia. I might start thinking about writing a few essays myself...).

I really enjoyed the description of the rally held before the 1995 referendum; I remember attending, I remember the giant flag, and I remember staying up all night later, on referendum day, growing more and more tense as the votes were counted (I was too young to vote!). But this was before digital cameras and smartphones. I don't have a single photograph of the event (except for the poster I bought of a photo from above of the crowd and the giant flag) and memories can be so sketchy. I think we walked there from school, but how did we get back, by bus? What did we talk about? Was there singing (besides the anthem)? Which politicians made speeches? Did we linger downtown afterwards? Was there underage drinking? Maybe if I start writing stories set in the '90s, some of these memories will resurface...

The other day I mentioned that I had only one Kait Nolan book left to read -- but apparently there were two!

I thought I'd read Know Me Well, but it turns out I hadn't. Well, now I've read both that and To Get Me To You. I'm all caught up on the Wishful stories, just in time, as there are new ones in the works! 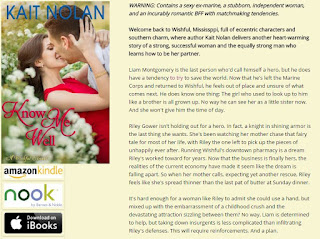 Another lovely Wishful romance! One of the things I really enjoy about the Wishful stories is the layers -- there's the couple, and their backstory, then there's the work they do and their devotion to their jobs or vocations, and then there's the town itself, and all their friends and neighbours. The novel weaves in enough of the other elements to ground the reader, without ever losing focus on the hero and heroine. 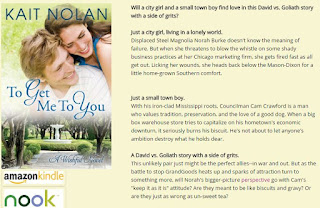 Usually I read things in order, so I'm not sure how I missed reading Norah and Cam's story when it first came out. They keep popping in and out of the other stories, and I love the ongoing question of when they'll finally find time in their schedules to get married. It was great to finally read of their beginning, and how Norah first settled in Wishful. I like her even more now that I've seen things from her point of view!

Plus you can read this one for free! Choose your format for To Get Me To You here.

It's the 100th anniversary of Agatha Christie's Hercule Poirot (and Captain Hastings), who first appeared in 1916, in The Mysterious Affair at Styles. Guess I'll reread that one next...

Love the new commemorative stamps from the Royal Mail

Have you read any new stories set in the 1990s?
Or is there another time you look back on?

Nicola said…
Wow, Deniz, you've been busy. I hope your new read arrives promptly on Friday and that you enjoy it as much as you want to :) I love Agatha Christie!! Have a super September and thanks for the great post.
21 September 2016 at 06:52

Hilary Melton-Butcher said…
Hi Deniz - you are always so busy and put me to shame with your projects etc ... I too hope your Louise Penny's book turns up smartly ... ready for you to get stuck into.

I've just been reading someone (of course I can't remember who) who mentioned that she'd skimmed Agatha Christie in her earlier years ... but that she definitely needs to revise that opinion ...

Also did you see there's a new Winnie the Pooh book out ... http://www.telegraph.co.uk/news/2016/09/18/revealed-winnie-the-poohs-forgotten-penguin-friend-to-star-in-ne/ I'm sure Emily would love it ...

S.P. Bowers said…
I don't read enough Agatha Christie. I need to read more. I checked a book out of the library and now I'm avoiding it by pretending to be too busy to read. I think I should just return it and look for something I'm more interested in.
21 September 2016 at 14:40

Laurel Garver said…
I LOVE that fox scarf. So incredibly cute! And the mini reviews idea is great. I'm intrigued by the Montreal story--I honeymooned there in the late 90s. I keep wanting to go back, especially now that my niece and her hubby and new baby live there.
22 September 2016 at 17:07

Erin Z. said…
The scarf is so cute!

Deniz Bevan said…
Thanks, Nicola!
Funny, I don't feel half as busy as I should be, Hilary -- I need to edit more of my own writing and read less!
I do that, Sara -- I had that list of 180 books I owned that I meant to read, many which I'd picked up for free, but of course half of them were simply things I could never build an interest in, and they went unread...
I got the book, Alex! Yay!
Ooh, hope you get to visit soon, Laurel.
I hope mine looks as good, Erin!
I sort of know what you mean, sage, because when I was a kid, the 70s weren't that far away. It was like Zeppelin had just left the stage. And now it's nearly FIVE decades in the past. How did that happen??
23 September 2016 at 08:37

Jemi Fraser said…
I haven't reread my Agatha's in a long time! SUCH a talented lady!!!!

I just read the 1st Wishful last week and I really enjoyed the town and its people. Definitely looking forward to reading more about them!!
23 September 2016 at 17:03

Michelle Wallace said…
I have a ton of Agatha Christie books on my e-reader App. which were gifted to me. I need to get stuck into them...
26 September 2016 at 06:01