Me on Author's Echo, and This Day in History

oing to be featured on Adam Heine's blog tomorrow! That's the exciting part.

He'll be dissecting my query.. That's the worrisome part...

I've been a bit slack since finishing the first draft of Fred and Lyne's story last week. I've written a book review and some vague plot notes, done a wee bit of editing, and read a few research books. Can you tell I feel guilty for not keeping up with my morning pages every day? That's not even the half of it...

The main thing I'm supposed to be doing is revamping the query. I can't wait to see what Adam thinks of it, but I already know the main flaw: it's got no voice. I can't seem to transfer my story-writing voice to blurb and pitch writing. But I can't send out another query until I fix the letter... This is going to take a few mornings of bribing myself with lattes to put right!

Every once in a while, when I'm looking up specific dates as part of my research (usually near the beginning, when I'm wading into a topic), I take a look at This Day In History lists. For instance...

Today's both the anniversary of the Battle of Bosworth Field and the start of the English Civil War: 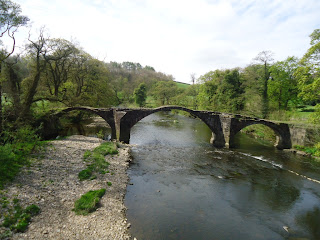 Bridge that Cromwell and his troops crossed, near Hurst Green, Lancashire 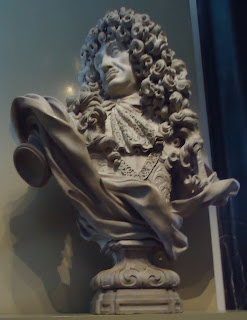 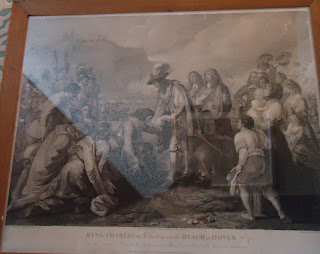 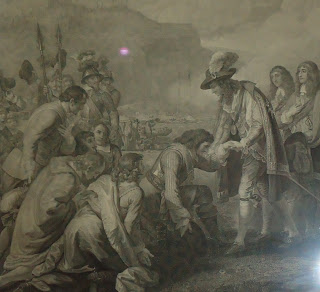 close-up, to avoid the light of the flash 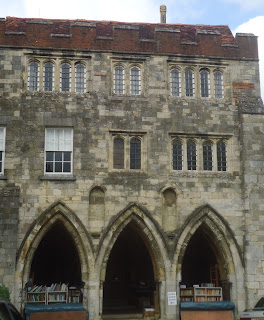 house in Winchester, where Charles put up Nell Gwynn
(they were having a book sale on the day we visited!) 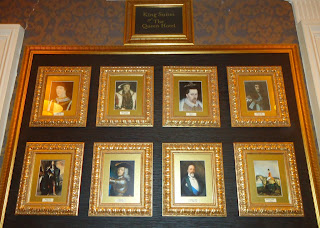 Kings, at the Queen's Hotel in Chester 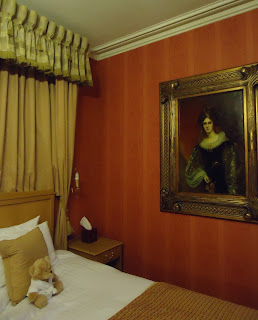 We were in Queen Caroline's room

It's also Dorothy Parker's and Ray Bradbury's birthday (1893 and 1920). Tomorrow, meanwhile, is the anniversary of the publication of the Gutenberg Bible, and Keith Moon's and Shaun Ryder's birthday; Ryder of the Happy Mondays:


Also, this week is the anniversary of the lead-up rumbles, and then the eruption, of Vesuvius, during which Pliny the Elder died. And Friday is Stephen Fry's birthday! As well as, cough cough, Ron Weasley's. Er, I mean Rupert Grint. I've never listened to an audiobook before, except for All Creatures Great and Small narrated by Christopher Timothy, but the Harry Potter books are on my wishlist - they're narrated by Stephen Fry!

Which anniversaries are you celebrating this week?

Zan Marie said…
Good luck on the query, Deniz! I'm so far from that. I'll be happy with getting all the longhand stuff into Scrivener by the end of the year.

Nadja Notariani said…
Pliny the Elder wrote on druidism if I remember correctly! Love those 'This Date In History' offerings. The English Civil War is another fascinating period of history, ending with the only be-heading of an English monarch, correct?

S.P. Bowers said…
Good luck with the query. I keep fiddling with mine too and I can't seem to sit down and write anything. I think I need to duct tape myself to the chair.
22 August 2012 at 11:42

Unknown said…
Good luck :) Bribes to self are a good idea, my problem is that I am not disaplined enough to wait...lol! Day in history link is great, thanks :)

Anonymous said…
It's also the birthday of Claude Debussy and Dorothy Parker.
22 August 2012 at 13:29

Thanks, Nadja. Neat, is there anything Pliny hasn't covered? :-)

Emily R. King said…
I didn't know Stephen Fry narrated the Harry Potter audio books. I really should get them. Looks like they're going on my wishlist too!
22 August 2012 at 14:13

nutschell said…
I love the pictures! I'm excited for you. I know it's never wracking, but you'll come out of this experience with a stronger query!

Ah, that's right about Vesuvius's eruption anniversary coming up. It was fascinating to read about it when my Latin class read some of Pliny the Younger's work.
22 August 2012 at 16:39

Of course! My friend just got a new lens, too, Al!

Romance Book Haven said…
All the best with the dissection of your query!

Anonymous said…
You are moving forward, even if it is slowly, so don't feel guilty. I hope all goes well with the query! And I hope you find a way to inject that missing voice.
23 August 2012 at 10:44

Golden Eagle said…
Wow. Those are a lot of anniversaries and birthdays!

We actually have the HP audiobooks--I haven't ever listened to them, though. Should do that sometime.
23 August 2012 at 20:18

Hilary Melton-Butcher said…
HI Deniz .. a great deal of the same as you - methinks?! Other than that ... zilch anniversaries are on the cards that I know of ...

Once I start driving around the country again .. I'll have to get some audio books lined up ...