wait. I'm supposed to have an ROW80 update, no? Does it count that I've read two more books from the Pile At Home That Never Seems To Diminish And Was Supposed To Be Done Before I Ordered More (and yet I caved and ordered some new releases)? Or that I have a new idea for a story (another one from a dream!)?

New ideas are very exciting, but they don't count at all. There's one week to go in this round, and then when round three starts, I've got to edit something and get back on the query wagon. I always work better with deadlines; here's a good one: Carina Press is still open for submissions (last I heard they're closing for submissions in September) and I've got that paranormal romance Druid's Moon that just might fit...

I love living in Europe for how easy it is to travel from one place to the next. We were in London for a weekend last month! 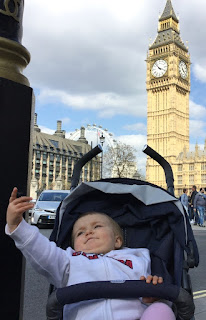 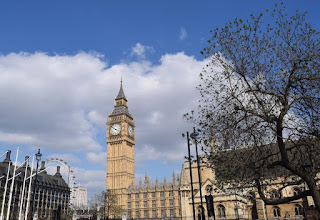 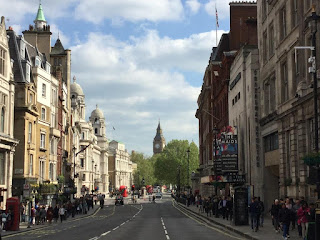 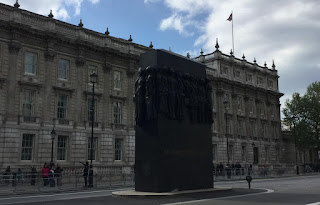 Cenotaph for the Women of War 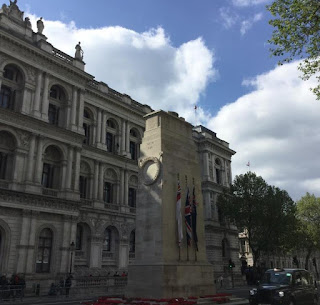 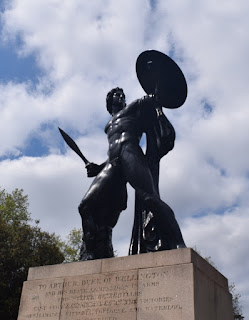 Achilles statue erected for the Duke of Wellington 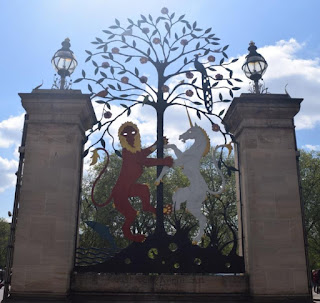 The Lion and the Unicorn 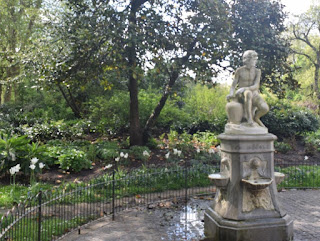 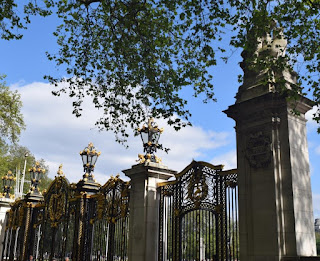 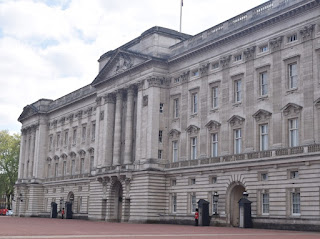 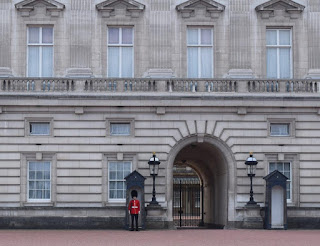 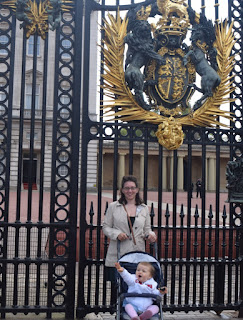 Saying hello to the Queen 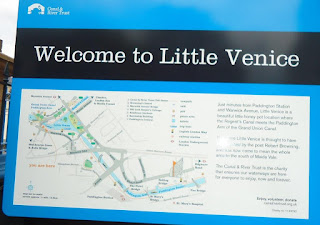 Little Venice! I'd never visited this part of London before. 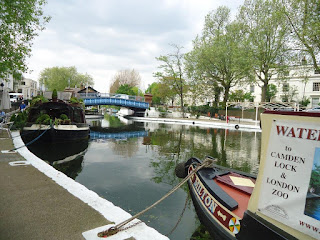 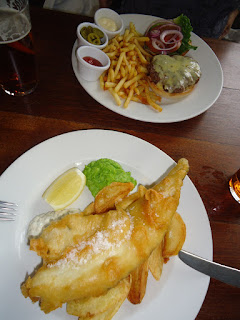 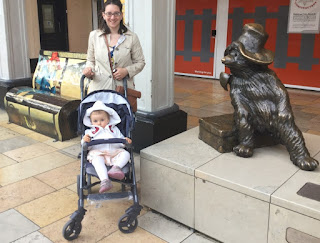 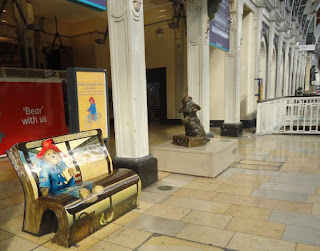 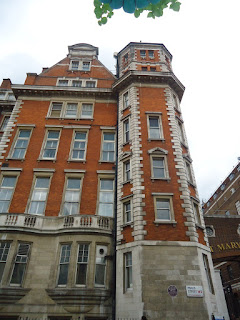 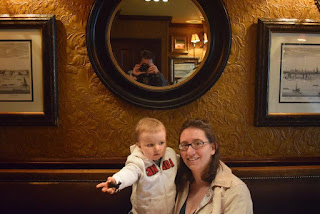 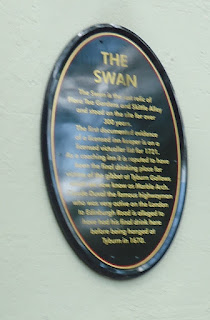 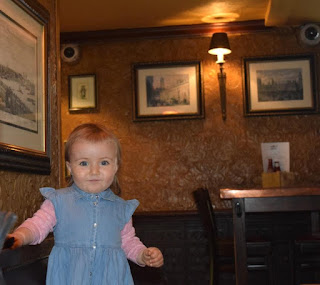 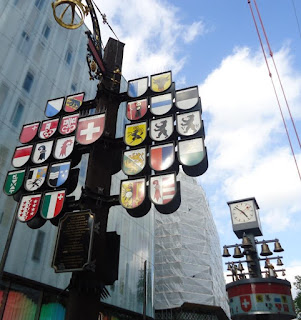 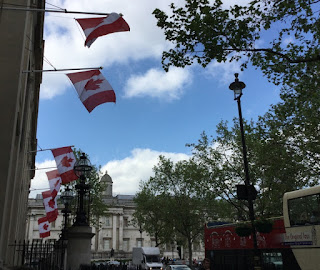 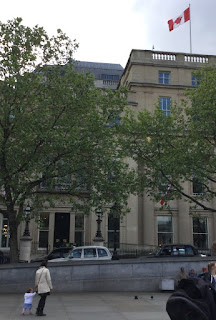 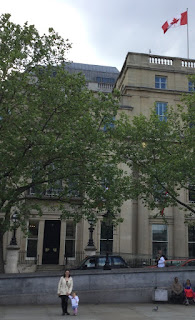 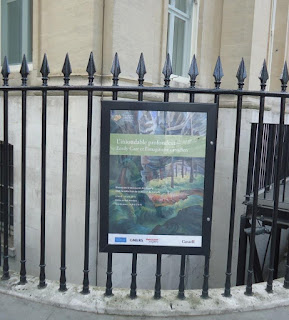 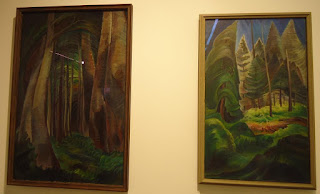 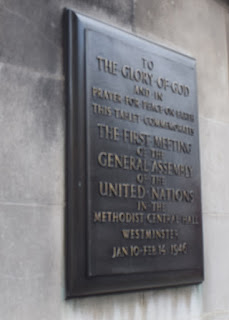 The first General Assembly of the United Nations was held at the Methodist Hall near Westminster Abbey! 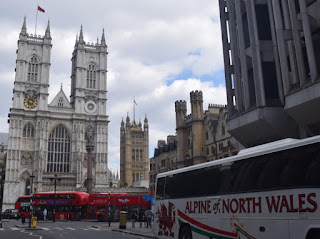 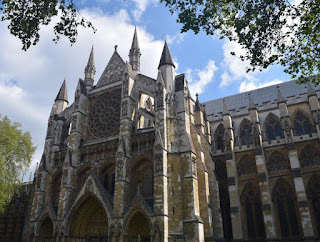 Do you work better with a deadline or without?
Do you know of other small presses that are currently open for submissions?

Hilary Melton-Butcher said…
Hi Deniz - wonderful places to visit - and you seemed to see so many ... lovely shot of 21 month old sightseer ...

I got Ben Okri's The Mystery Feast - thoughts on Storytelling and he used Clairview books in Sussex - quite specialist ... and notes it was printed by Gutenberg Press in Malta ... it's a short book .. and notes Emerson College - also in Sussex ...

But whether these suit - probably worth know about though ... I think probably the deadline is looming and I'm moving my butt! I prefer to achieve - and need to get that motivation back ...

Cheers and see you next time you're in London ... I hope! Lovely memories - Paddington Bear et al .. did you hear the plaques quoting Shakespeare? or hear the Glockenspiel when it went off - Emily will love that in a couple of years ... and the Cantonal tree - fascinating ... reminders ...

Alex J. Cavanaugh said…
You hit some great sites! I've never been to Little Venice either, and I lived there for a couple months.
15 June 2016 at 07:54

Murees Dupè said…
Beautiful pictures! I can drive myself crazy with deadlines, but I tend to get lazy if I don't have one. So cool that you got an idea of a story in your dream. Thank you so much for stopping by my blog. Wishing you well.
15 June 2016 at 07:58

Chris Loehmer Kincaid said…
I love all the pictures of London. Looks like so much fun. Some day I will get there as well as to the rest of Europe!

Crystal Collier said…
LOL! Beautiful pictures, but that first one had me busting a gut.

As it turns out, I do know of a couple small presses open for submissions. Check out BookFish Books and Dancing Lemur Press.
15 June 2016 at 09:15

Nicola said…
Great pictures. I've got very similar ones here at home after our travels of the city. I hope you wore your good walking shoes. I didn't and hubby had to buy me new shoes - the blisters were terrible :) But it was great. Thanks for sharing your journey.

Good question. I prefer to write what I want to write without worrying about an artificially imposed time limit. However, without a deadline, sometimes projects linger far beyond reason. I have some very good old projects I'd really like to develop, however I also have new ideas and I kinda resent my past self for not finish the others already.
15 June 2016 at 13:54

Denise D. Young said…
London sounds like so much fun. I've never been, but I bet it's wonderful. Looks like you enjoyed your visit!

And I can relate on the whole unending pile of to-be-read books. I've done the same thing--caved and bought more. A bookworm's dilemma!
15 June 2016 at 16:36

Sheena-kay Graham said…
So many amazing pictures! I work better at crunch time but I'm working on beating that.
15 June 2016 at 23:21

Joylene Nowell Butler said…
I generally work better with a deadline, except for the moment. Haven't yet figured out why I'm procrastinating. For instance, I'm reading your blog instead of doing edits for my publisher. Love the photos. I visited Canada Gate a year ago. I didn't see the Cenotaph for Women. Wish I had. Thanks for visiting my blog, Deniz.
16 June 2016 at 12:20

Birgit said…
What great pictures of London. Some are unique that I've not seen before like the cenotaph and your child is a true cutie pie!
17 June 2016 at 12:59

Tamara Narayan said…
Deadlines are very helpful. I think I would have put off self-publishing for months, except I knew I was going to be featured on a blog talking about this book plus giving away a copy. So I got it done.

Those are some wonderful pictures. I got to visit London during for senior trip (high school). I loved going to plays, the Wax Museum, and the Tower of London.
20 June 2016 at 09:59

Carol Riggs said…
Oh wow! Loving the photos. How exciting. They have some awesome churches and architecture over there in London. And lol on the 300 year old pub with the 21 month old baby. :) Send some of those "obligatory fish and chips" over, okay?? (I must be hungry)

I do work better with a deadline of SOME sort, even if it's self-imposed. Other small presses open for submissions? Sure, Clean Reads, my second publisher, is open for books that don't include profanity, graphic violence, or sex. They are especially looking for romance and young adult. http://cleanreads.com/
21 June 2016 at 18:35

Deniz Bevan said…
So glad you all enjoyed the photos!

Thanks for the recommendations, Crystal and Carol, will check 'em out...

Hilary, I'm turning a blind eye to your Ben Okri reference...It sounds like a really intriguing book but I'm so afraid of adding more books to the To Read pile! My wishlist never stops growing. And guess what????? Storage items being delivered as we speak!!!!
29 June 2016 at 04:02