Make You Feel My Love by Kait Nolan 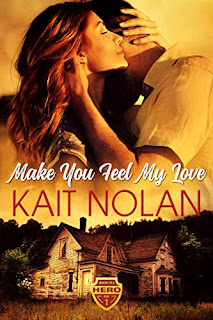 "Will danger catapult these lifelong friends to lovers?

Autumn Buchanan has loved Judd all her life. Best friends since they were children, he’s been fulfilling her rescue fantasies for years. But years ago, her dreams of more ended in blood and a nightmare that nearly cost them both their lives. Now she’s ready to take the leap and profess all to the friend who’s stood by her through thick and thin. But before she can make her confession, their nightmare returns and secrets are revealed that threaten the very fabric of their lifelong friendship."

Having read all the Wishful books in order as they've been released, I feel like I know the town in that way you know a favourite childhood summer vacation destination. I love series where you catch glimpses of couples from earlier books, and hints at couples to be, along with all the other denizens of the town. Love the way everyone in this town stands up for each other!

Autumn and Judd's story has a greater element of suspense than the original Wishful series. I'd read the first incarnation of this book (If I Didn't Care) but now, reading the expanded and rewritten version, I was still thrown for a loop by the central mystery, and suspected at least two others before I remembered who the culprit was!

I also really enjoy romances that don't beat around the bush when it comes to the characters knowing that they want and love each other -- there may be obstacles in their path, and sometimes the obstacles are of their own making, but they ultimately work to be together. It's exciting to see the characters respond to all that life throws their way And when Autumn and Judd do come together... *fans self*. I was actually hoping for a few more such scenes, and would have liked their interrupted episode to be resumed!

If you haven't been introduced to Wishful yet and want to start with some tense action, this book would be perfect. Then you can visit with all the other characters in the original series! 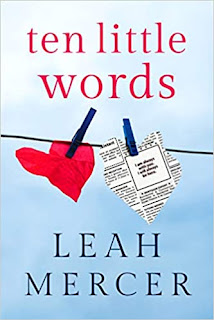 "I am always with you. I will always be here.

This was the promise Ella’s mother betrayed thirty years ago when she walked into the sea, leaving her five-year-old daughter alone in the world. Ella’s been angry ever since, building up a wall to protect herself. But that all changes the day she opens a newspaper and finds those ten little words printed in a classified ad.
Ella refuses to believe her mother could still be alive—that would mean she did want to live, just not with her daughter. So she throws herself into finding out exactly what happened all those years ago, determined to extinguish even the tiniest flame of hope—for Ella, hope is torture.
But rather than settling things once and for all, what Ella discovers shatters her world. As she pieces together the truth behind her mother’s disappearance, she learns that the words are not what she thought.
Now she knows the truth. Is it possible that Ella can allow herself to love—and be loved—once again?"

I hadn't read this blurb before I dived into this story, and I had no idea what to expect! Needless to say, I was up way past my bedtime, unable to put it down.

There were so many intriguing twists, not only in the plot, but also in the telling of the story. I love the fact that we get more than Ella's point of view, which allows us a greater glimpse of the motives and intentions of the characters.

It's difficult to say more without giving away spoilers. Thirty years is a long time, but in some ways, when there's love, it's no time at all.

This book would be perfect for a book club or to read between friends. So many talking points and issues to discuss. It's definitely going on my Gifts to Give list!
What new releases have you read recently?

Hilary Melton-Butcher said…
Hi Deniz - wonderful to see Leah's book out in print - congratulations to them both.

Jemi Fraser said…
I've read a lot of the Wishful series - but I haven't read this one. Definitely looking forward to it! And to Leah's book as well!!
One of my fave recent reads is Well Met by Jen DeLuca - so much fun!
28 July 2020 at 08:09