- October 26, 2009
21 October was the 50th anniversary of the opening of the Solomon R. Guggenheim museum of art, designed by Frank Lloyd Wright.

While visiting Wright's Fallingwater in August, I discovered that there are Lego versions of both Fallingwater and the Guggenheim! 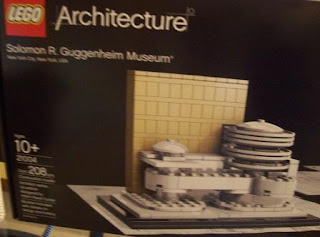 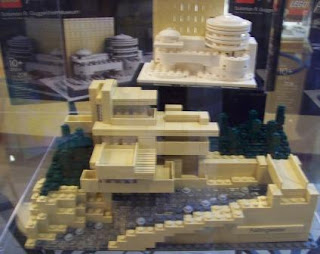 Meanwhile, on the writing front, there's a week left on the Novel Push Initiative, and Rosa's tale is coming along nicely. I've been plotting quite a lot over the past few days, as I try to feel my way deeper into the story. It's all very well for Rosa to be separated from her family, wandering around Spain with a monk and some distant Jewish relatives that she's rescued from the Inquisitors - but where are they all going? And where does Kedi come in? That is the question!

Don't forget to visit All the World's Our Page, where Jen's giving away some brilliant books!