If I Could Be Anyone I'd Be... Talli Roland's Launch Party!

"Come dressed as that one person you've always admired, longed to impersonate, or just plain envied. Now is your chance to make your superhero, film-star, or Rock God fantasies comes true (okay, maybe not all your fantasies...). If you have a blog and you'd like to take part, all you need to do is post a photo of your chosen one (dead or alive) along with an explanation why you've picked that person."

Here's my dilemma. I don't really want to impersonate or be anyone else. I'd love to dress up in all kinds of period costumes, like a gown from Renaissance Italy or some sort of elaborate Restoration England affair. But I couldn't even put on a toga properly at Colchester Castle a couple of weeks ago: 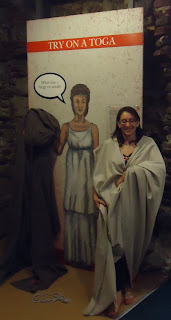 I'll hide behind my character, Rosa, from Out of the Water. Just came across this photo in a collection that landed in my email a while back. I'd love to have someone dress me up and make up my face so I could go to a party looking like this: 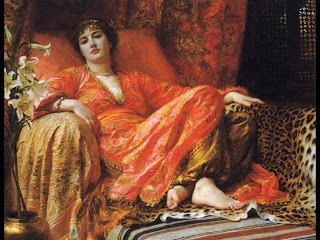 But never mind me, let's talk about Willow! 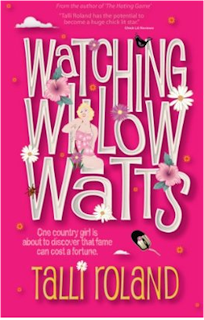 Talk about chick lit at its best!

I don't usually read this genre, but I've been very lucky in the ones I do read. They've always:

a) been British; and

b) come at just the right moment, when I'm on vacation or simply need a book to unwind with.

Who can forget Carole Matthews' Let's Meet on Platform 8 or Claire Calman's Love Is A Four Letter Word?

And now I've got a new favourite - Watching Willow Watts by Talli Roland.

Featuring the charming, down to earth Willow, hilarious one-line send-ups about small village residents (not to mention the village itself - named Belcherton!), and a host of varied secondary characters, Watching Willow Watts is a fast-paced, sweet yet daring story.

Roland subtly introduces the reader to Willow's world, deftly raises the stakes, and there's no way to put the book down. You've just got to find out what happens next. I was almost late for work one morning as I couldn't stop reading!

She has a knack of making you care for each character's fate, right down to that of Krusty the rooster. I've already started thinking about which actors could play Betts, and Dickie, and Willow herself...

Talli Roland said…
Love that photo of you in the toga! :) I'd like to be Rose, too. Love the facial expression.

Deniz, thank you so much for taking part and for all your kind words and support. I'm so happy you enjoyed Willow.
14 September 2011 at 07:45

Cherie Reich said…
Ooo...dressing up from different periods is cool. Love the toga. For Halloween one year, I dressed up as Athena. Dressing in costume is probably much easier than trying to be someone you're not. :)
14 September 2011 at 08:51

Matthew MacNish said…
You look awesome in a toga.

Beverly Diehl said…
Deniz - you did better with the toga than I would've!

If that painting is what Rosa looks like in your imagination, she's pretty seductive-looking.

J.L. Campbell said…
Sounds like you really enjoyed the book. Hadn't heard mention of the rooster in any other review. :) Oh to be relaxed like that woman in the painting.
14 September 2011 at 21:11

Deniz Bevan said…
Thank *you* Talli for such a great reading experiences and so many fun launch events!

Thanks for coming by everyone! I feel a little less silly about the toga experience now...
15 September 2011 at 21:27

Unknown said…
Deniz, thanks for this post...enjoyed it. Talli's launch was a whole lot of fun!

Thanks also for joining the Rule of Three Blogfest.:)

Would appreciate it if you spread the word via your blog, and through the #REN3 hashtag on twitter!
16 September 2011 at 01:27

Deniz Bevan said…
Thanks for coming by TerryLynn!

Hilary Melton-Butcher said…
Hi Deniz .. I'd go along with your Rosa - and sentiments ... I'm not good at being up front, preferring the background.

Rosa looks so languid, comfortable and warm ... yup - would suit me now!!