U is for... Upcoming Book Releases

is for upcoming book releases!

We moved into our own place in Geneva last week, so now that I have a real address, I'm excited to order new books!

Here they are in no particular order:


Written in My Own Heart's Blood by Diana Gabaldon 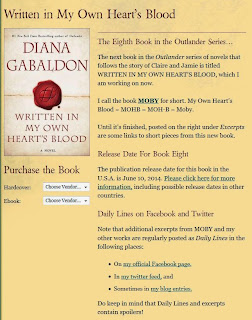 This is the eighth book in the Outlander series, and Diana's got a lovely explanation of the cover image, which is an octothorpe (hashtag!):

As you can see, she's been sharing lots of excerpts and spoilers, and also has a link detailing release dates in countries outside of North America. Visit DianaGabaldon.com for info!

"Beowulf is is the longest epic poem in Old English, and is dated to the early 11th century. It survives in a single manuscript, housed at the British Library, and has inspired countless retellings of the myth - recently and famously by the late Seamus Heaney, whose translation won him the Whitbread book of year award in 1999.

Tolkien himself called the story 'laden with history, leading back into the dark heathen ages beyond the memory of song, but not beyond the reach of imagination', saying that 'the whole thing is sombre, tragic, sinister, curiously real'.

Although the author completed his own translation in 1926, he 'seems never to have considered its publication', said Christopher Tolkien today, announcing the Tolkien estate's new deal with HarperCollins to publish Beowulf: A Translation and Commentary on 22 May. The book, edited by Christopher Tolkien, will also include the series of lectures Tolkien gave at Oxford about the poem in the 1930s, as well as the author's 'marvellous tale', Sellic Spell.

Tolkien's 'creative attention to detail' in his lectures gives rise to a sense of the immediacy and clarity of his vision', said his son. 'It is as if he entered into the imagined past: standing beside Beowulf and his men shaking out their mail-shirts as they beached their ship on the coast of Denmark, listening to the rising anger of Beowulf at the taunting of Unferth, or looking up in amazement at Grendel's terrible hand set under the roof of Heorot.'

Tolkien also closely considers the dragon which would slay Beowulf, writing of how the beast was 'snuffling in baffled rage and injured greed when he discovers the theft of the cup' – an image reminiscent of his own thief Bilbo Baggins, sneaking into the lair of the dragon Smaug in The Hobbit – but, said his son, the author 'rebuts the notion that this is 'a mere treasure story … just another dragon tale''.

'He turns to the lines that tell of the burying of the golden things long ago, and observes that it is 'the feeling for the treasure itself, this sad history' that raises it to another level,' said Christopher Tolkien.

Beowulf opens 'Hwæt w GrDena in gar-dagum / Þod-cyninga þrym gefrnon, / H p æþelingas ellen fremedon', lines which were translated by Heaney as 'So. The Spear-Danes in days gone by / and the kings who ruled them had courage and greatness. / We have heard of those princes' heroic campaigns.'

The opening, Hwæt, has long foxed scholars, with translations ranging from Heaney's 'so' to 'lo', 'hark', 'behold', 'attend' and 'listen'. HarperCollins would not comment on how Tolkien approached Beowulf's famous opening, but all will be revealed come May."

Announcement in The Guardian 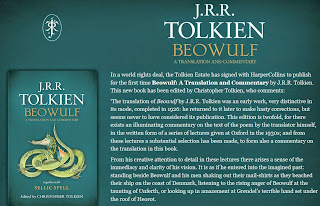 One of the reasons I love copy editing is that it touches other aspects of my personality, such as my love of books, of archives, of fact-checking, of finding sources, and of having (or at least being aware of) the completeness of collections. By which I mean, I'd love to be Christopher Tolkien's assistant! Or a curator at one of the other universities that keep Tolkien's papers.

I'm sure I'd seen a reference to his Beowulf translation somewhere before, but I hadn't realised it was complete enough to be published!

Although I was very sad to have to put most of our library into storage before we moved to Geneva, I heard about the Tolkien translation in time, and brought Seamus Heaney's translation with me. That's the last version I've read; there were others at school but I don't remember those very well. Can't wait to see Tolkien's version!


The next book is an anthology of creepy short stories for middle grade readers: 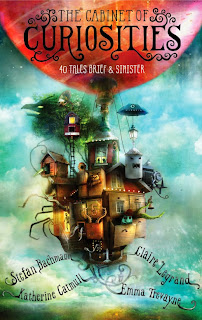 They've been featuring stories on their blog for the past year, and I can guarantee that they're deliciously creepy! Visit the Cabinet of Curiosities to explore...


The final book is the first book I've ever heard about on Twitter that I immediately knew I wanted. Of course, it wasn't a promotional post, merely another Lois Lowry fan on Twitter who shared the cover image. 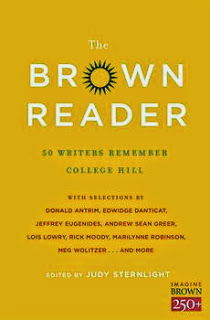 Just look at the list of contributors! I highlighted the two I'm most excited about, Lois Lowry and Marilynne Robinson!:

Which new releases are you looking forward to?

Anonymous said…
Whoa, the cover alone of the Cabinet of Curiosities has me hooked! Thanks for the listings. Gail visiting from the A-Z
27 April 2014 at 23:56