Y is for Dorothy Sayers and W. H. Auden (A to Z on Tolkien and the Inklings)

is for Dorothy Sayers and W. H. Auden.

Lewis and Tolkien both admired many of Sayers' works -- except for the Lord Peter Wimsey stories.

"'She was the first person of importance who ever wrote me a fan-letter,' [Lewis] later recalled, and he added, 'I liked her, originally, because she liked me; later, for the extraordinary zest and edge of her conversation -- as I like a high wind.' She did not, however, come to any meetings of the Inklings. ... 'She never met our own club,' Lewis said, 'and probably never knew of its existence.'" (all quotes from Humphrey Carpenter's The Inklings and The Letters of J. R. R. Tolkien)

She was also an admirer of Charles Williams: "'I got in from Magdalen last night about 12 and found her sitting up' [he wrote to his wife]. 'We conversed till 2.15. I like the old dear, but she's rather heavy going. I should find 2.15 late for one's dearest friends -- but what can one do.'
"[Later on] she sent him a thirty-six page letter. 'She has, under the compulsion of [The Figure of] Beatrice,' Williams told his wife, 'been reading Dante and Milton, and feels she must write to someone, and to whom but me? Quite a sincere letter; I begin to admire Dorothy seriously as a human being, which I never did before!'"

Interesting to think that if it hadn't been for Williams, Sayers might never have translated Dante's The Divine Comedy.

Auden was an admirer of both Tolkien and Williams. "'I had an extraordinarily moving note from W. H. Auden in America,' Williams told his wife in the spring of 1940. 'He said he just wanted to tell me how moved he was by the [Descent of the] Dove (and he no Christian) and he was sending me his new book "as a poor return".'"

Much later, Tolkien, in a letter to Auden, noted: "It was most kind and generous of you to send me a copy of About the House. I do not pretend that in me (a less generous-minded man than you) your writing arouses the same immediate response. But I can report this. I took the book away (when I took my convalescent wife to the seaside). I took it up to read one night when I was about to get into a warm bed (about midnight). At 2.30 a.m. I found myself, rather cold, still out of bed, reading and re-reading it."

I haven't read this book of poetry before, but now I really want to!

Here is Auden's review of The Lord of the Rings, which appeared in The New York Times in 1956: 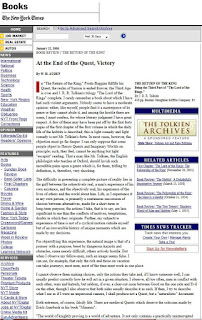 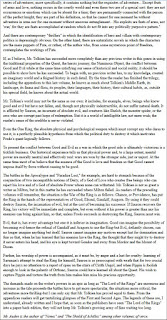 Don't forget to keep commenting, for your chance to win in my 1000 posts contest!

End of the A to Z tomorrow, hope everyone's had a great month!

Deniz Bevan said…
Thanks Hilary! I've been trying to read Sayers' translation for a while now. I keep starting and then stopping, then picking it back up...I think it would be easier if I took a course and had someone to help guide my reading!
4 May 2016 at 02:36