was all set to write a memorial post, commemorating some of the musicians and actors and authors who died in 2016, especially those I didn't note at the time (Elie Wiesel, Leonard Cohen, Andrew Sachs, W. P. Kinsella...) but the list is so long that I've become overwhelmed.

I do have one photo, unearthed and scanned from an old photo album: my sister and I with David Bowie, at Madame Tussaud's in June 1997, on our first trip to London: 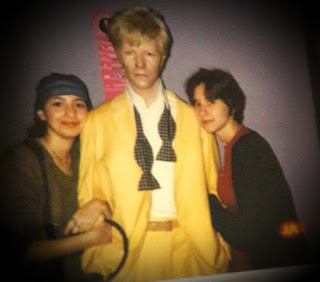 I've also got a couple of mini reviews! 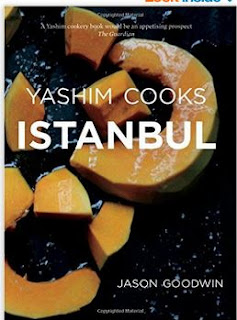 "Inspired by recipes in Jason Goodwin’s bestselling historical Investigator Yashim series, Yashim Cooks Istanbul evokes the colors and flavors of the Ottoman world, combining Turkish recipes, illustrations and tempting descriptions from the novels. Fans of the series have been asking for this book ever since Yashim made his first appearance in The Janissary Tree (2006), winner of the Edgar Award for Best Novel. ...
Yashim Cooks Istanbul covers the full spectrum of Turkish cookery, from simple meze and vegetable dishes to meat, fish and puddings. Good in the kitchen, good on the table, it will draw the reader into the extraordinary atmosphere of old Istanbul. Imagine you could step back into Yashim’'s world. Imagine that the flavours and colours of old Istanbul could come to life. Yashim Cooks Istanbul is about time travel – and you don't have to leave your kitchen to make the trip!"


I love having cookbooks to go along with some of my favourite books (like Outlander Kitchen for the Outlander series), especially if they're historical. It's such a treat to think about the different ways that people might have prepared recipes over the years, the flavours that were added, the spices that were changed, the new ingredients that were discovered...

Yashim Cooks Istanbul is especially good because it pulls no punches -- some of the recipes are for basic good stuff (some Ottoman, some Venetian, a few others), but there are also full recipes for all parts of a fish, roasting an entire lamb (!) and making your own pastırma (though not by pressing it under your horse's saddle!).

The book reminded me how easy a few of the dishes are and that I should make the effort to prepare them more often. Reading about the flavours brought back childhoods of rolling out dough with my grandmother and great-aunt, shopping at the butcher's and the yufkacı, taking the time to prepare vegetables before cooking, or the simple pleasure my grandmother had in drinking a glass of plain hoşaf.I won't say "ah, the good old days!" because this book reminds the reader how easy it can be to keep up the good old days by preparing delicious food easily.
Afiyet olsun/bon appetit!

Dance of the Jakaranda, by Peter Kimani "Set in the shadow of Kenya's independence from Great Britain, Dance of the Jakaranda reimagines the special circumstances that brought black, brown and white men together to lay the railroad that heralded the birth of the nation.

The novel traces the lives and loves of three men--preacher Richard Turnbull, the colonial administrator Ian McDonald, and Indian technician Babu Salim--whose lives intersect when they are implicated in the controversial birth of a child. Years later, when Babu's grandson Rajan--who ekes out a living by singing Babu's epic tales of the railway's construction--accidentally kisses a mysterious stranger in a dark nightclub, the encounter provides the spark to illuminate the three men's shared, murky past.

With its riveting multiracial, multicultural cast and diverse literary allusions, Dance of the Jakaranda could well be a story of globalization. Yet the novel is firmly anchored in the African oral storytelling tradition, its language a dreamy, exalted, and earthy mix that creates new thresholds of identity, providing a fresh metaphor for race in contemporary Africa."


Before and after a work-related trip to Kenya, I read a number of Kenyan authors, and this was the most recent. I loved the storyteller's voice and the gradual unravelling of the secrets of past generations, which had long shadows that reached into the present and affected the young couple at the heart of the story. The historical matter is deftly woven in; learning about history is always made that much more real when there are characters you can empathise with that make the past seem as close as today.

Without revealing any spoilers, I'll just say that I hope there's a sequel because I'd love to hear more of what happened to Mariam!

It's the 75th anniversary of Little Golden Books! 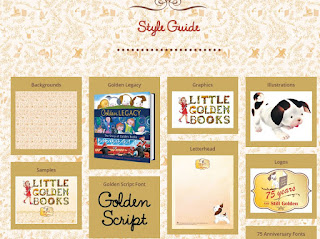 If you're a retailer or educator or inspired to create your own stories with kiddies, they have a dedicated site with all sorts of goodies. I love the letterhead paper and some of the illustrations.


Which Little Golden Books do you remember?

Hilary Melton-Butcher said…
Hi Deniz - my appetite has been whetted by the thought of a good old Turkish meal ... love the idea of that book ... and yes - attaching a recipe book to a novel makes sense ... bringing in a recipe to a story line or blogpost always good.

Denise Covey said…
Thanks Deniz. I love cookbooks or recipes attached to books.
8 February 2017 at 07:18

Alex J. Cavanaugh said…
I've been to Madame Tussaud's. I don't think I got a picture of Bowie though.
Pokey Little Puppy is the only Golden Book I remember.
8 February 2017 at 13:46

Misha Gerrick said…
If you want to read Kenyan books, have you read A Grain of Wheat by Ngugi yet? It's beautifully written, raw and haunting.

It's stayed with me for over ten years.

Eden "Kymele" Mabee said…
I'm not often one for cookbooks (cooking has never felt pleasurable to me though I often try here and there to learn it), but I do love trying new foods. I may have to try that book, if only to experience something new. :-D
9 February 2017 at 09:12

Beth Camp said…
What a lovely distraction, reading about Turkish cooking took me back to our travels in Instanbul, the sweet mint tea and aromatic kofte. You're right. Yes, I could be more adventuresome in recreating these loved dishes right here at home. Thank you for adding DANCE OF THE JAKARANDA. It goes on the TBR list. Yes, I could have been editing, but your post led me to Diana Gabaldon's OUTLANDISH COMPANION, a book I've admired at a distance for far too long. An inspiring post for many reasons. Have a great week.
9 February 2017 at 10:42

DMS said…
The cookbook sounds interesting and I can see how having a cookbook that goes along with a favorite historical fiction would be cool. Glad to hear some of the recipes are easy.

How great that your visit to Kenya inspired you to pick up this book. Definitely intriguing! Thanks for sharing. :)
~Jess
9 February 2017 at 23:03

Maria said…
I remember when I went to Madame Tussaud's in London years ago. All I remember is some demonic looking individuals in the criminal section and a particularly disgusting smell, as if someone exploded a stink bomb or something. Funny, I always thought it was spelt 'Jacaranda', not 'Jakaranda'. It seems like a good book. Thanks for sharing these reviews. It's nice to read about new reads. :)
10 February 2017 at 06:05

Theresa Milstein said…
I love the picture of you and your sister with wax David Bowie!

Thanks for the info about the cookbook.

Deniz Bevan said…
Thanks all!!

It is spelled jacaranda, Maria, but spelled differently in this book because it also refers to a club of sorts.