X is for... eXpat life: Posts from Switzerland, France, Germany, and Italy

ack in 2011, I held a week-long contest to celebrate the fact that I'd reached my 500th post, after nearly four years of blogging.

At the time, I sorted many of my previous posts into groups, which made for easy referencing, especially of story material. (Also because I've never tagged my posts!)

When I celebrated reaching my 1000th post during last year's A to Z Challenge there wasn't time to sort all the posts between 2011 and 2016.

What better time than now?

I’m actually going to go over 1,000, and collate all posts to the end of 2016! And I’m going to link to every single post (except for the A to Z posts, which are mostly summarized), something I didn’t do in my original 500 compilation, or even in my 900th post compilation.

I’ve got lots of fun themes coming up for each day -- and each day will also highlight a fellow blogger or two!

Irvine Welsh and Linwood Barclay at the Geneva International Book Fair (and peacocks!)

Beaches and a Quebecois food stall

St Prex and Founex in the snow, and a crow

A drone video of Founex 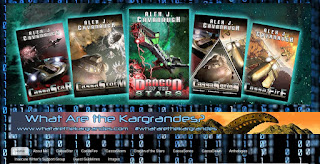 What are your travel plans for this year?

Neurotic Workaholic said…
I wish I could travel like you do; someday, I will, once I have enough money. But I'll mainly be home for the summer, doing research, which means long days at the library, sighhh...
29 April 2017 at 00:01

Deniz Bevan said…
Ooh, but it's lovely to be at the library! Maybe you can take weekend getaways -- those are always good for clearing one's head!
5 May 2017 at 05:27