Hodge Podge No. 3, All About Druid's Moon

I'm getting into the habit now of posting little tit bits in one blog post. Today's is all about the story I'm currently editing for the nth time -- Druid's Moon, a paranormal romance.

First up, a long snip from the opening:

“‘The Curse of the Octopus,’” Lyne read, translating the Middle English script as she went. Octopus had to be wrong, for a start.
A sudden gust of wind across the mouth of the cave riffled the sheet in her hand.

She held the paper closer, angled towards the grey afternoon light filtering through from outside, and reread the first line, this time out loud.

“Octopus? Are you certain of that?” Professor Meadwell, her PhD supervisor, gave her one of his trademark try-harder-lowly-student looks from over the top of his glasses. From the moment she’d been accepted to his team on a dig at Afanc Cave in Cornwall, Lyne had secretly hoped for an exciting, mysterious find, or at least an item that might earn her a co-writing credit on the Professor’s paper.

But the manuscript that turned up in the first week of excavations was not quite the type of puzzle she had allowed herself to daydream about.

She’d rather not consult the dictionary – or ask the Professor’s advice – so soon, and moved on to the next two lines. “Beast brought forth by man’s blood / the mound-keeper repays the sacrifice, but shall sense the wind.”

A thrill went through her at the words. There was violence inherent in their tone, even if she had no idea what the phrases could mean. Images came to her mind, of warriors raising a cairn, robed men circling a low mound, a gleam of yellow eyes in the dark under the ground. The breeze fluttered the corners of the paper. Rain clouds were gathering again, and the evening light was shadowy and dim.

Professor Meadwell slipped the sheet from her grasp and stepped across to the trestle table, lighting one of the battery-powered lamps. Lyne hurried after him, boots clomping on the uneven stone floor.

The rest of the team was outside, tiny figures in the distance, kneeling on grass and mud. As the student with the highest qualifications in Celtic studies among the Professor’s assistants that summer, Lyne had been given her choice of location on the site. After a test pit unearthed some interesting pottery sherds and a dagger handle, she’d chosen to excavate by the northern boundary, overlooking the formal gardens of Cockerell Manor. Yesterday, she’d barely started work near the old well when she’d uncovered the crumbling manuscript, suspiciously close to the surface. The team had all gathered around her yesterday when they’d seen her race back to the cave to alert the Professor and gather up the protective covering and other tools.

Both she and the Professor had been baffled by the lack of other objects in the soil around the scroll, whether directly beneath it or even a few contexts down. There wasn’t so much as a lead case that might once have held the lone parchment. Lyne had discovered it unrolled, but the creases lining the page showed it had been tightly curled for a long time before someone had buried it flat. After hours of careful digging and brushwork, they’d wrapped up the manuscript and sent it for testing at the nearest conservation centre.

She’d taken high-resolution photos of the original vellum from every angle, and that afternoon she’d been allowed to put off her other assigned tasks in order to remain in the makeshift office and storeroom set up in the cave entrance, to begin work on a translation from the printout of the clearest image.

“We’ll have to wait for the tests, of course, but I believe this manuscript predates our excavations thus far,” the Professor said, speaking slowly, as though reluctant to make such a claim for the mystery manuscript so early in their study of the artefact. “If this is an authentic document, we must determine how it came to be so near the surface, unprotected.”

Their excavation was on land owned by the wealthy Cockerell family. One of Lady Cockerell’s first demands had been that a fence be erected, to delineate the exact limits of where the Professor and his team were allowed. No one could get in without a pass and the alarm code. They’d even sealed the cave opening, adding a set of wooden doors.

Besides, who’d break in just to bury a fake ancient curse? Lyne would have to work out a practical theory for the manuscript’s location.

She pushed aside laptops and cameras, sample boxes and contact charts, and clambered up onto a stool. The rising wind rattled the printout where it lay on the table top and she slapped a hand over it to keep it from blowing away. Professor Meadwell cast a scowl at the half-open doors. But Lyne glanced back, towards the narrower opening that led deeper into the caverns.

The wind seemed to have come from there.

“Blasted weather.” The Professor slammed the doors shut and returned to stand beside her. “There seems to be a mark here,” he said, his finger creating a shadow on the page. “If we take it as the letter ‘e’, then it changes the meaning.”

“Instead of ‘wind’, then–” She stopped, but the Professor didn’t offer an alternate translation. Despite the high resolution image, it was hard to make out the faded ink, especially with the Professor hovering, questioning her every interpretation with a bushy raised eyebrow. He could easily read the Middle English without her, but if there was any chance that the manuscript was genuine, Lyne wanted to be part of the investigation from first to last. Afanc Cave was a known druidic site, but the Cockerell family had never permitted an excavation before. “Perhaps it’s ‘wave’,” she offered. “This cave is on the coast, after all.”

Slowly, tracing each line with a hovering finger, she read the rest of the inscription out loud, trying to remember everything she’d ever studied about Celtic legends and Norman tales, at McGill and in her online extra credit courses. The last line was the hardest to decipher and the nearest she got was, ‘unless Beast be freed and Octopus fall / yet no-hope rules lest Beauty calls.’
“What does that mean?” She’d promised herself never to act uncertain in front of the Professor – the highest authority on Celtic scholarship in Europe – and hurried on with a suggestion. “If it refers to a woman who falls in love with the beast and –”

“I hardly think it’s as fanciful as that,” the Professor snapped. “We’re dealing with Druids, Miss Vanlith. The educated class. Not old wives’ and fireside tales.”

A damp breeze came up from the caverns and, thwarted by the closed doors, wafted round to them. Lyne’s shoulders shivered, but she held herself still at once.

“Yes, sir.” Professor Meadwell was right. There was no point inventing stories. Once they had a solid date for the original vellum, she could work out the real meaning of the curse, or whatever it was, and what connection, if any, it might have to older Celtic lore. Then she could impress him with her deductions. “I’m sure there’s a logical explanation.”

Yet her mind continued to dwell on the image of the glowing eyes of a creature trapped under the earth.


And after all that text, my inspiration images, collected on Pinterest: 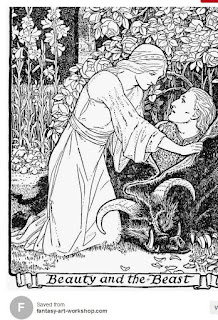 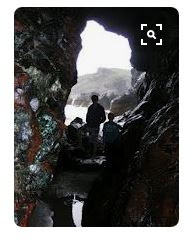 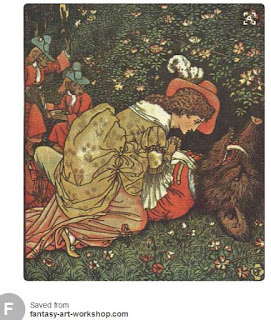 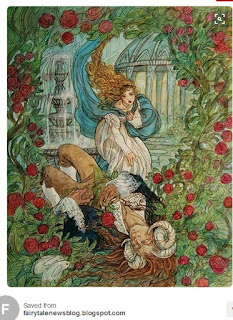 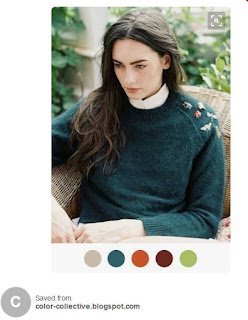 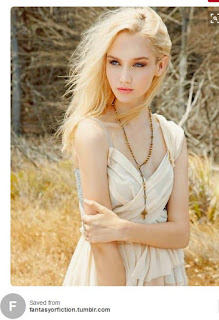 From my tumblr, Cthulhu. I had a few images of Kraken saved, but not on social media, apparently, except for octopus images, here on the blog. 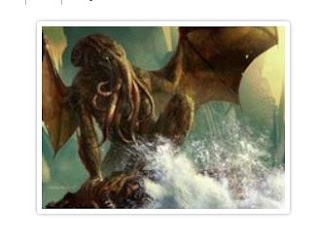 Hoping to be back next week with more travel photos! I think summer is finally here...

Which fairy tales have you been inspired by?
Have you ever visited a cave?

Neurotic Workaholic said…
Middle English is definitely hard to translate; I didn't do so well in the literature class that focused on that time period in college, mainly because I wasn't very good at translating the language. (I kept reading the Cliffsnotes version on the sly.)
14 June 2017 at 20:58

Hilary Melton-Butcher said…
Hi Deniz - yay you've gone Cornish ... away from Welsh ... loved the story line though ... very thought provoking. I certainly can't read any other language, though have some concept of words and phrases ... just through the ages of years! We used to have all the fairy stories at home, then the pixies in Cornwall -though I don't remember stories about them ... and caves - yes the Okavango Cave system in South Africa ... but I would prefer not to investigate caves ... 'upstairs' and outside on the earth is fine by me! Enjoy those travels - Cheers Hilary
15 June 2017 at 05:30

Susan Kane said…
Anything Celtic and Druid dredge up such emotions in me. We lived in Ireland, explored caves, Dolmens, climbed over boulders...
Your writing is tangible.
15 June 2017 at 17:13