This was an idea I got a while ago from Zan Marie's blog, for when we've read a lot of books that we've loved, but don't have time for in-depth reviews.

In between my reread of the Outlander series, two brilliant books I've read recently are:


The Actual Star by Monica Byrne 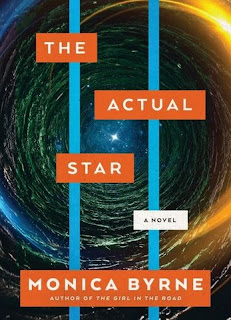 "David Mitchell’s Cloud Atlas meets Octavia Butler’s Earthseed series, as acclaimed author Monica Byrne (The Girl in the Road) spins a brilliant multigenerational saga spanning two thousand years, from the collapse of the ancient Maya to a far-future utopia on the brink of civil war.

The Actual Star takes readers on a journey over two millennia and six continents —telling three powerful tales a thousand years apart, all of them converging in the same cave in the Belizean jungle.

Braided together are the stories of a pair of teenage twins who ascend the throne ofa Maya kingdom; a young American woman on a trip of self-discovery in Belize; and two dangerous charismatics vying for the leadership of a new religion and racing toward a confrontation that will determine the fate of the few humans left on Earth after massive climate change.

In each era, a reincarnated trinity of souls navigates the entanglements of tradition and progress, sister and stranger, and love and hate—until all of their age-old questions about the nature of existence converge deep underground, where only in complete darkness can they truly see.

The Actual Star is a feast of ideas about where humanity came from, where we are now, and where we’re going—and how, in every age, the same forces that drive us apart also bind us together."

This book has been garnering rave reviews and it's evident from the reviews that the readers have loved the book as much as I did. Yet I don't think the tone of the reviews matches the book at all. Yes, it's chock full of languages and maps and historical research and scientific and philosophical questions, but emphasizing those features takes away from the heart of the story, I find. It's like those people who say they find Tolkien difficult to read because there are so many descriptions of nature; pointing out such aspects misses out on discussing the emotional arcs of the characters, the actual (!) feel of the book.

I loved the imagery woven throughout the three timelines, the echoes of past and future, the ordinary moments and the transcendent moments. I loved the emphasis on the importance of place. As a Tolkien fan, I loved the completeness with which the historical and future worlds were written. I love the idea that we may someday understand the speech of doves and cicadas!

This is the sort of book I can't wait to get as a gift for my friends and family, so that we can all talk about it!

I'm a Patron of Monica's over on Patreon!

The Madness of Crowds by Louise Penny 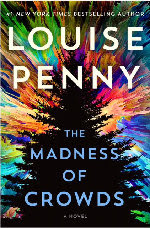 Time and again, as the New Year approaches, that charge is leveled against Armand Gamache.

While the residents of the Québec village of Three Pines take advantage of the deep snow to ski and toboggan, to drink hot chocolate in the bistro and share meals together, the Chief Inspector finds his holiday with his family interrupted by a simple request.

He’s asked to provide security for what promises to be a non-event. A visiting Professor of Statistics will be giving a lecture at the nearby university.

While he is perplexed as to why the head of homicide for the Sûreté du Québec would be assigned this task, it sounds easy enough. That is until Gamache starts looking into Professor Abigail Robinson and discovers an agenda so repulsive he begs the university to cancel the lecture.

They refuse, citing academic freedom, and accuse Gamache of censorship and intellectual cowardice. Before long, Professor Robinson’s views start seeping into conversations. Spreading and infecting. So that truth and fact, reality and delusion are so confused it’s near impossible to tell them apart.

Abigail Robinson promises that, if they follow her, ça va bien aller. All will be well. But not, Gamache and his team know, for everyone.

When a murder is committed it falls to Armand Gamache, his second-in-command Jean-Guy Beauvoir, and their team to investigate the crime as well as this extraordinary popular delusion."

I'm consistently amazed by how Louise Penny asks and explores grand existential questions, reaching into the heart of the worst of humanity and bringing it out into the light, and... solving it, or resolving it, within the world of Three Pines. Also, there seem to be more echoes in this book of some of the past events in the characters' lives; I thought that was a good way of achieving a further reckoning in some cases. One thing that was new was that, rather than Gamache doing more of the probing, this time Lacoste and Beauvoir also challenged him. I'm hoping this aspect gets further addressed in the next book!

Some weeks ago we went to the nearby Volkswrecks museum. Yes, it's what it sounds like! a place where old Volkswagens are presented or turned into special displays: 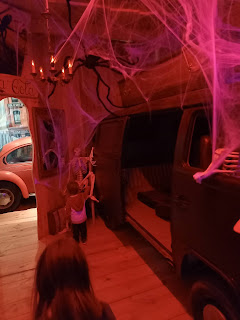 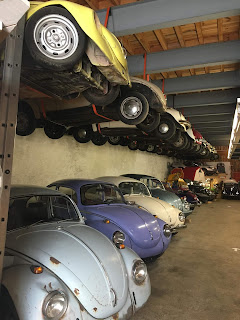 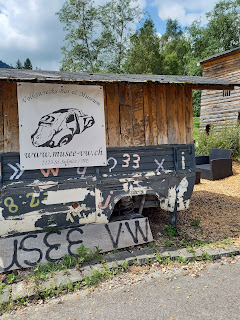 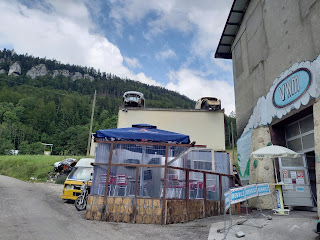 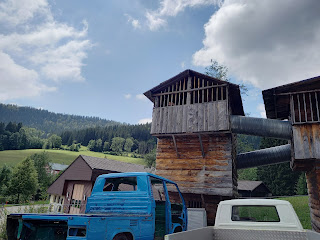 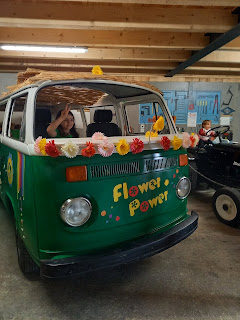 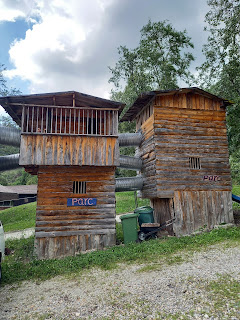 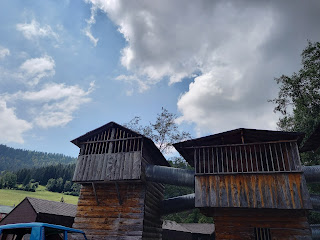 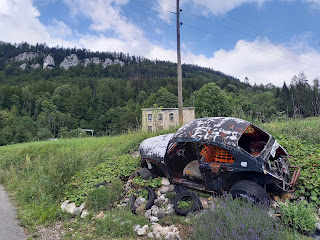 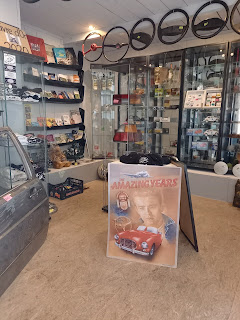 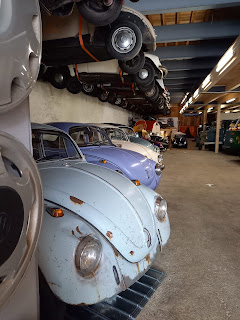 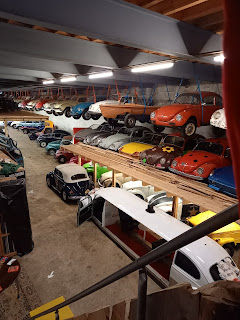 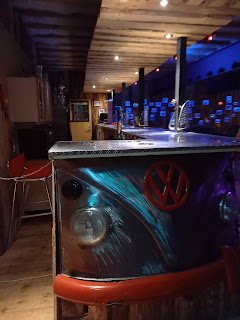 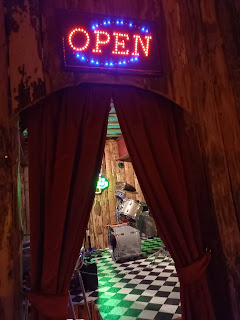 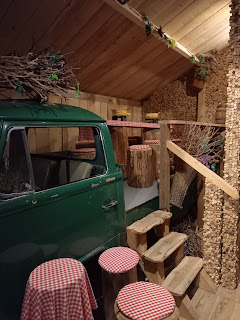 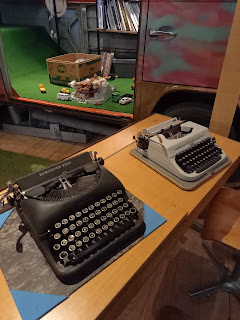 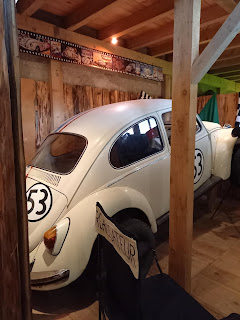 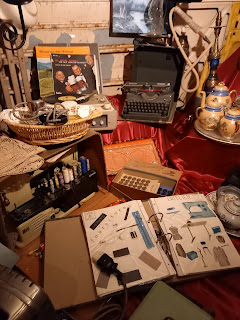 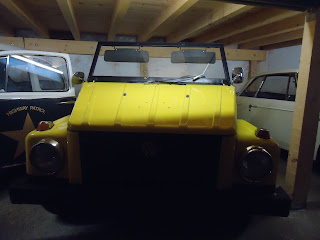 Have you been to a wacky museum lately?