I won't copy out all the prompts/rules, but here are the one's I've followed:

"Write a short story/flash fiction piece of less than 200 words based on the prompts" - I've chosen prompt 5: 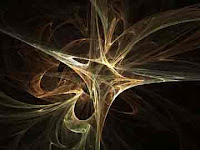 "For added difficulty/challenge: Ask Challenge entrants to critique your writing"

This is a scene shortened from the original incident in Rome, Rhymes and Risk. Ayten and Devran escaped from their kidnappers that morning and have been walking/running/hiding all day. Tonight they've made camp, with a bit of fire...


The dark woods pressed close all around their camp.

Stirring the fire one last time, he tossed the fir twig onto the flames.

Ayten dozed in the crook of his arm. The blanket had slipped off her shoulder, but her skin was warm against his. They hardly needed the fire.

Her fingers had landed in his lap; if he shifted, they'd be close to - ah.

She hadn't stirred. One by one he raised her fingers, took them in his hand, and tugged them forward to cover him.

"Beautiful girl," he whispered in her ear, and she smiled with her eyes closed, and drew herself up.

Her breasts rose with her movement, and he tasted her gold-shadowed skin, lit by the fire. She arched her back, and her hand fell away from his lap.

"Touch me," he murmured, kissing up her neck, into her hair, redolent of pine needles. He wrapped his hand about hers and guided her, his need at the edge already. His breath came short.

"I was right," he said, some time later.

She lay on his chest, hand curled over his heart. "Mmm?"

He traced a forefinger up her arm. "We don't need the fire."

at gave me a lovely award!

Here're my answers to the award questions:

What are your passions?: reading and writing

Getting or giving presents?: both!

This award goes to... Everyone who's stopping by from the campaign and would like a little ray of sunshine!

S.P. Bowers said…
Nice scene. I'm going to have to think about this challenge.

Nas said…
Loved the excerpt, Deniz. Congrats on the award and your aswers are interesting!
5 March 2012 at 17:29

Unknown said…
Very good entry...nice steamy without being obvious scene. So Finally Devran is having a good time, poor guy. :)
6 March 2012 at 00:08

Denise Covey said…
Hey Deniz, this is an awesome treatment of the prompt! Congrats on your award too!

Deniz Bevan said…
Thank you so much everyone! You've given me lots of confidence, I was worried at first about posting this scene...
10 March 2012 at 19:04

Anonymous said…
I can definitley say I wasn't expecting a little bit of romance in this Challenge. Well done!