ere we go with the 2020 writing wrap-up!
Some new photos below, to reward you after the wall of text!

I revised the character faces for every story group
I need to add a few, including Alexandre from The Byzantine Time (see NaNoWriMo below): 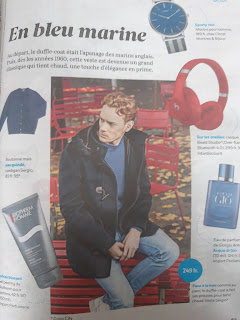 I need an intern, revisited

I participated in a blog tour hosted by Jemi Fraser!

I participated in the February writing exercise on dialogue, the March exercise on scene setting and the April one on real characters, all on thelitforum

I consolidated all my social network links!

I participated in the May writing exercise, writing a 500-word story

I collated all my hodge-podge posts, including when I finally blogged about my favourite word, hiraeth

I participated in the June writing exercise, Dancing in the Dark, with two scenes!

I participated in a blog hop hosted by Chrys Fey!

I blogged about "in my writing I always/never" and shared my revamped family tree (that’s already out of date...)

I also blogged about my revamped writing schedule
At the time, here's what life looked like (bearing in mind that I am not the primary caregiver until dinnertime, but am in the same room as everyone else):
7-9 a.m. kids wake up, breakfast, I check work emails
9-11 a.m. work, clear emails
11 a.m. work meeting online
12 p.m. kids eat lunch, I work
1 p.m. toddler's naptime (I help him go to sleep), a bit of reading
c. 1.30-3 p.m. toddler naps, going-into-second-grader plays or reads, I work
c. 2-4 p.m. kids run around or go to the park, I work
4 p.m. kids' cartoon time, my reading time
5-8 p.m. dinner, bath, bed
8-10 p.m. should be writing or editing time but generally becomes read, check thelitforum.com, check my gmail and yahoo, or shop online time.
The 4 p.m. gap (which often gets eaten by work) could be editing time instead of reading time. There's also 6 a.m., which is when I tend to wake up (and most days the toddler sleeps till 7).
Knowing that nothing is going to work and that I will procrastinate no matter what, I'm going to pick up an idea that Monica Byrne and author others use: Morning Pages.
This means that the minute I wake up, I write. No matter what. I may delete some apps on my phone to help me stick to this. In fact, I'm going to do this right now. Desperate times and drastic measures, and all that.

I did that! And the morning pages were really useful during NaNoWriMo.
But now that I'm no longer drafting a new story... It's tricky. The main things that are different, compared with that schedule, are that school is open (for now!) and that the toddler doesn't nap regularly anymore. Also, I've gone back to reading during the 4 p.m. hour, which is nice (relaxing and fills the well). And I easily deleted some apps. I need to either edit something on paper, or get back into the habit of editing on-screen on the phone.

Finally, I participated in the August writing exercise on raising the stakes

I submitted some short stories and had no luck... I also participated in WRiTE Club and didn’t get too far in the bouts...

I participated in the December writing exercise on editing

The start of the Ask Me Anything writers' houseparty (and a baking post I didn’t include in last week’s wrap-up)! I also mentioned the Canada and impressionism exhibit in that post; here are more photos of some of the paintings

I graduated with my Master’s degree! I also attended the Surrey International Writers’ Conference for the first time!

I consolidated all my birthday posts! Plus shared a snip from the unfinished 1930s story!

I finished The Byzantine Time during NaNoWriMo! Plus new horror stories by Ryan Bevan!

I participated in the December writing exercise on editing


I also blogged about lots of new releases, shared lots of travel photos (from 2019, needless to say), including of Tolkien exhibits in Oxford and Paris, and shared IWSG Day posts each month, including when I co-hosted during the ninth IWSG anniversary!

Overall, I did some substantial editing of Captive of the Sea, and at the end of the year sent it out to a few betas, and I did some beta reading of others’ short pieces.

I also participated in A Round of Words in 80 Days! But I haven't really collated my goal posts...

Finally, I've updated my story playlists on YouTube and added two new ones:
The Byzantine Time
September 2020 Ask Me Anything writers' houseparty

Something I mentioned in last year’s recap was:
"The idea of concentrating on reading all the books we already own. I seem to have a rotating 50 (counted generously) and probably 150 (counting even those books that I never mean to read) in the house at all times. I'd like to move them all onto one shelf, maybe.
I do have one dedicated shelf for this at the office, and I’ve slowly begun to work through them.”

This remains valid. I’m working on it, but slowly. One of the best examples is that I’ve finally read The Woman in White by Wilkie Collins!

Keep up with blogging and the forum (plus the reading, knitting, baking, etc.!)

Check all "writing to do" and type up all notes on paper and collate all story ideas and ideas from dreams, and all story drafts and research and Save to Scrivener notes in my emails, ideally into my lovely new Kate Davies journal... Organize all Scrivener files

Figure out what to do with the orts, such as the CampNaNoWriMo2015 story The Heathen in the Hold, and others, including items such as this post-apocalyptic story idea I wrote in 2010, based on a dream, the idea mentioned in my 2016 recap, and all other such half-formed notions

I'm going to list my overall goals by story, taking up the list of Works Completed and In Progress from the bottom of this blog that I consolidated during last year's review and adding to it (the last few are all ideas, except for the two completed romances; other ideas and completed short stories and early novels should be added to this list eventually, for the sake of completeness – collating all of this stuff is another ongoing project!):

And now, to break up all the text, here are some old photos that I don't think I ever shared:
Geneva in the springtime! 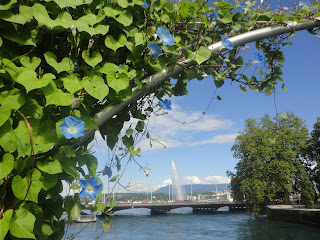 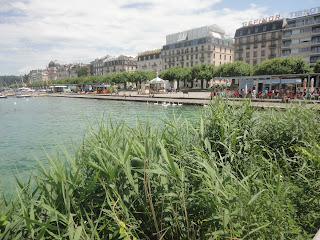 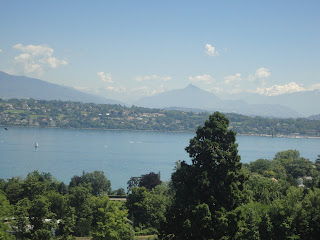 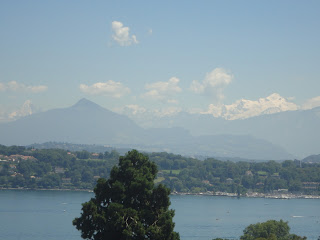 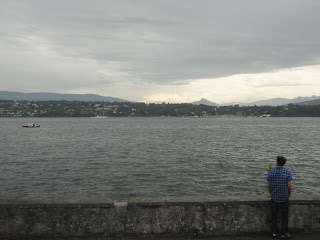 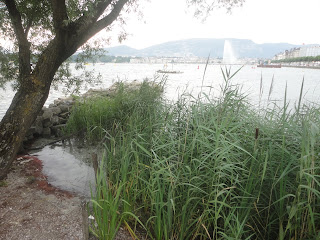 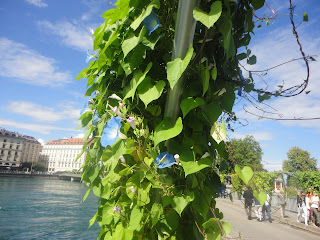 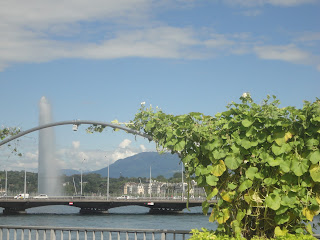 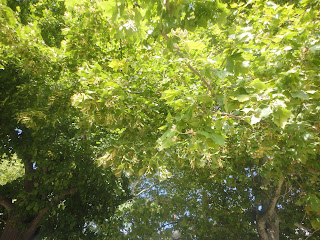 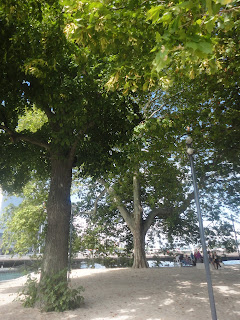 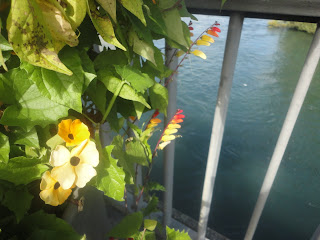 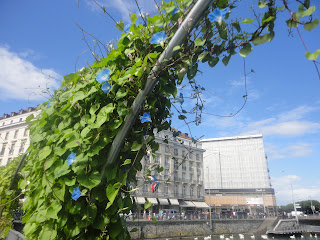 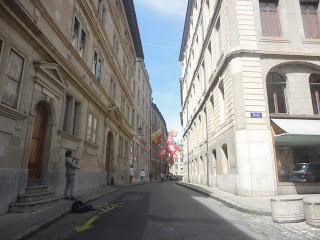 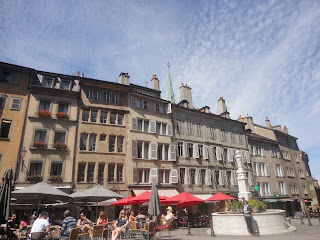 For the first round of A Round of Words in 80 Days for this year, then, I'll try to work on paper edits for The Handful of Time and on-screen edits for At Bertram’s Hotel (I really must find a proper title!), keep participating in the writing exercises on the forum, and submit more short stories to various places.

What are your goals, short-term or long-term?

sage said…
You have some amazing accomplishments. The photos of Geneva are nice-it's one of the few cities that's on my short list of places to see.