Contest with Prizes! All About Book Reviews 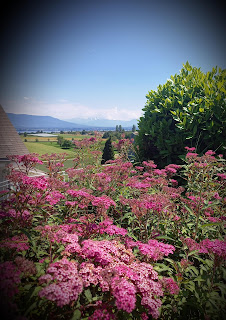 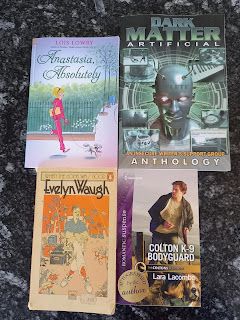 I'm giving away these four books!

Along with a 25$/£/€ gift card for the e-book retailer of your choice!

This contest is all about book reviews!

I've collated all my book reviews below.
To enter, all you have to do is share a link in the comments to your most recent book review!

Winners will be selected by random draw (I may have the toddler pull names out of a hat...)

The last time I collated all my book reviews was during the Blogging from A to Z Challenge in 2017! I was more thorough, then, and also noted all the books I'd read and blogged about, including old favourites like The Enchanted April and various new releases.

This time around I'm collating only book reviews, in reverse chronological order:
Our Kind of Love by Kait Nolan
Safe From Harm by Leah Mercer and Return to the Vineyards by Laura Bradbury
Made for Loving You by Kait Nolan
Bad Case of Loving You by Kait Nolan
Six Weeks to Live by Catherine Mckenzie
Let It Be Me by Kait Nolan
Ten Little Words by Leah Mercer and Make You Feel My Love by Kait Nolan
You Can't Catch Me and First Street by Catherine Mckenzie
Rising Heat anthology featuring Jillian Barnes
Bring It On Home by Kait Nolan
The Puzzle of You by Leah Mercer
Mini reviews: Lock In by John Scalzi, Roar by Cecelia Ahern, It's Good to have a Grandpa and It's Good to Have a Grandma, by Maryann Macdonald, illustrated by Priscilla Burris
What I Like About You by Kait Nolan (and announcement for a new Lori Benton!)
Mini reviews: The Ashes of Berlin by Luke McCallin, Out of Bounds by Val McDermid, I'll Never Tell by Catherine Mckenzie
Winter Shadows by Margaret Buffie
Dancing Away With My Heart by Kait Nolan and A Vineyard for Two by Laura Bradbury
Ranger's Baby Rescue by Lara Lacombe
You Were Meant For Me by Kait Nolan
Willow Falls series by Wendy Mass
Handywoman by Kate Davies (I can't believe it's already been three years since I read this book!)
Mini reviews: Can't Stand the Rain by Kait Nolan, Lost! Survivor Diaries series by Terry Lynn Johnson, and Ca a commencé comme ça by Angéla Morelli
The Good Liar by Catherine Mckenzie and Watch Over Me by Kait Nolan
Last Call by TL Watson (all TL Watson books here!)
Cutting to the Chase and Color Me Gray by Rose Phillips
Colton K-9 Bodyguard by Lara Lacombe
Mini reviews: Baby It's Cold Outside by Kait Nolan, Last Call by TL Watson, and The Collapsing Empire by John Scalzi
Mini reviews: Those Sweet Words by Kait Nolan and the Montreal Noir anthology, featuring Arjun Basu, Catherine McKenzie, and others
Mini reviews: Summer Fire by Sally Wentworth (the only other book with the same title as mine (Summer Fire, out now!) and a Harlequin too!), Reach for the Sky by Paul Brickhill, and Vile Jelly by Monica Byrne (short story)
Overboard! Survivor Diaries series by Terry Lynn Johnson and Tolkien's Leaf by Niggle on Stage
And Both Were Young by Madeleine l'Engle and The Golem and the Jinni by Helene Wecker (there's now a sequel!)
The Story Toolkit by Susan Bischoff and Beauty Like the Night by Joanna Bourne
The Man I Thought You Were by Leah Mercer
Mini reviews: See You Again and Once Upon A Campfire by Kait Nolan and The Prophet From Ephesus by Caroline Lawrence
Mini reviews: When You Got a Good Thing and Second Chance Summer by Kait Nolan, The Dispatcher by John Scalzi, Various Pets Alive and Dead by Marina Lewycka, the Grape Series by Laura Bradbury, Moby Dick by Herman Melville, and The Narrative of Arthur Gordon Pym of Nantucket by Edgar Allan Poe 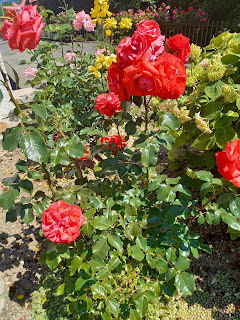 Don't forget, to enter the giveaway, all you have to do is share a link in the comments to your most recent book review!

Jemi Fraser said…
I'm another fan of Kait Nolan's books - great stories!
I do review the books I read, but not on my blog. Just finished Ceremony in Death by JD Robb - love that series!
23 June 2021 at 16:18

Hilary Melton-Butcher said…
Hi Deniz - I too review books, but not always on my blog. You've listed some great ones for us to explore ... 'When the Going Was Good' by Waugh sounds interesting. I've just read Dalrymple's 'walk' (1986) In Xanadu - where he travels as best he can along the Silk Road of yore ... from Jerusalem to Xanadu. Makes fascinating reading ... the change in that original +/- 700 years 1300s - to 1980s, and the change from the 1980s to today +/- 50 years ... to me represented a similar time frame of change.
You are such a good recorder of information ... Enjoy your summer Swiss landscape - cheers Hilary
24 June 2021 at 06:22

Deniz Bevan said…
Oh, that sounds fascinating, Hilary! Especially because I read a lot at work about the new Silk road infrastructure projects!
30 June 2021 at 08:08